The video for Ireland's 2018 Eurovision entry, Together, has been unveiled and it features one of Dublin's finest tourist attractions - Temple Bar.

Eurovision hopeful Ryan O'Shaughnessy will represent Ireland at the song contest in Lisbon this May with the ballad, which was co-written with Mark Caplice and Laura Elizabeth Hughes.

Speaking about the video, which sees a young couple strolling through the streets of Temple Bar, O'Shaughnessy said: "It was amazing seeing the video come to life in the way it did, sticking with the original concept that love is universal and there are testing moments in every relationship.

"I can't wait for all Eurovision fans to hear the track and check out the video!"

The video was directed by Christian Tierney who has worked with artists including The Weeknd, Macklemore, Demi Lovato, Kendrick Lamar, Drake,The 1975, and James Bay.

The promo was choreographed by Ciaran Connolly who has worked with some of the biggest names in the music industry, on television and major arena tours, including Take That, Robbie Williams, Katherine Jenkins, Darcey Bussell, Michael Buble, Will Young, Cheryl Cole and Girls Aloud.

The dancers performing in the video are Alan McGrath (who previously performed as a backing dancer and drummer for Ryan Dolan's Only Love Survives Eurovision performance in Malmo in 2013) and Kevin O'Dwyer. 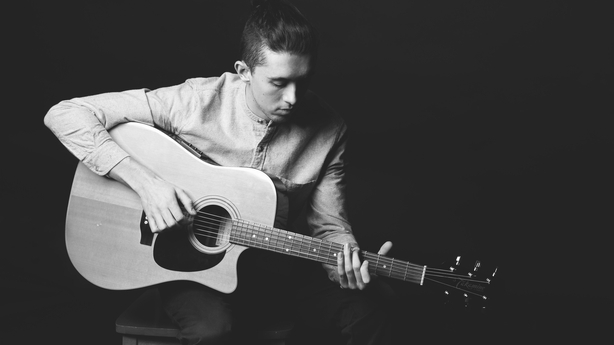 O'Shaughnessy previously told RTÉ he is "over the moon" to be representing his country in the competition.

Speaking on The Ray D'Arcy Show on RTÉ Radio 1 last month, the 25-year-old singer revealed it was hard keeping the news a secret from his friends and family.

"It was tough not to tell people in the last few weeks. It’s an honour to be flying the flag for Ireland."

RTÉ is delighted to announce the ballad Together penned by Ryan O'Shaughnessy, Mark Caplice and Laura Elizabeth Hughes as Ireland’s entry for the Eurovision Song Contest 2018!

Ryan O’Shaughnessy will perform in the first  #Eurovision2018 Semi Final in Lisbon on Tuesday May 8. pic.twitter.com/vhm5L2pzwl

O'Shaughnessy, who played Mark Halpin in Fair City for almost a decade, said his mother was always encouraging him to get involved in Eurovision after his uncle took part in the competition in 2001.

"For years my family has been involved in Eurovision. My uncle sung in 2001 - Gary O’Shaughnessy - for Ireland. It’s been in the pipeline," he said.

"My mam said to me every year ‘you have to enter a song this year’ and I never really did. It was always kind of pushed back."

The Eurovision Song Contest semi finals take place in Lisbon, Portugal on Tuesday, May 8 and Thursday, May 10 with the grand final taking place on Saturday May 12.

Ryan will perform Together in the first semi final on Tuesday in the Altice Arena which has a capacity of 20,000 and is one of the largest indoor arenas in Europe.