Dancing On Ice professional Ale Izquierdo who was taken to hospital last night after a fall during a rehearsal lift with her partner Scottish rugby star Max Evans is going to compete on tonight's programme.

Rugby player Max Evans confirmed on Instagram that they have been practising this morning with a picture.

Yesterday, An ITV spokesperson said that Ale Izquierdo was at home recovering and had been told to rest for 24 hours.

But it now looks like the pair will be competing on tonight's programme.

When the incident occurred Max Evans aired his concern on social media:

Very scary incident today! @ALEIZK banged her head hard on the ice! She was taken to hospital & has since been given the all clear by medics.

We will see how she is in the morning   & update you then.

Feel terrible my partner's been injured :(

Her feet touched the ground and I let go of her and then she slipped backwards!

Thinking she was safe by her feet touching the ice, I let go too early and that's my mistake!

Wish I'd held on a moment longer!

The ITV skating programme originally ran from 2006 until 2014, and made a comeback this month for a new series hosted by returning presenters Phillip Schofield and Holly Willoughby.

Dancing With Ice is on tonight at 6pm on TV3 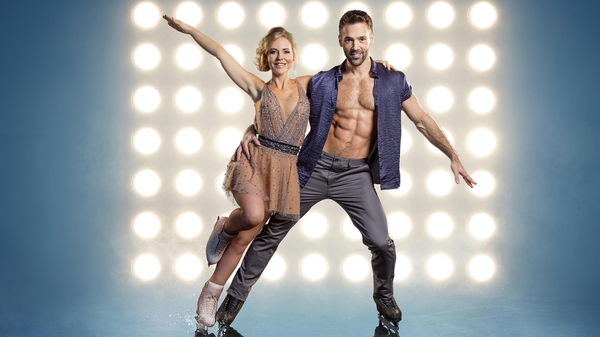