Hollyoaks star Stephanie Waring has said she is "really proud" of her time on Dancing on Ice, despite being controversially voted off on Sunday's show.

Waring and professional partner Sylvain Longchambon lost out in the skate-off to singer Lemar and his partner Melody Le Moal - the second week Lemar and Le Moal had survived the skate-off.

Jayne Torvill, who was this week's head judge with the deciding vote, also saved Lemar and Le Moal - a controversial decision among many fans of the show.

Steph shouldn’t have gone I must be watching something different 🤔

You have let anybody down, you were brilliant on both routines😊👏👏, judges got it wrong 😞

So many people were behind you and so many people think it was the wrong decision! So sad to see you go but you should be so proud of yourself!!👌🏻💕

After her elimination a teary Waring said: "I have had the most amazing experience."

"I am really proud of myself, for what I've done," she added, thanking partner Longchambon.

Dancing on Ice continues on TV3 and ITV on Sunday at 6:00pm. 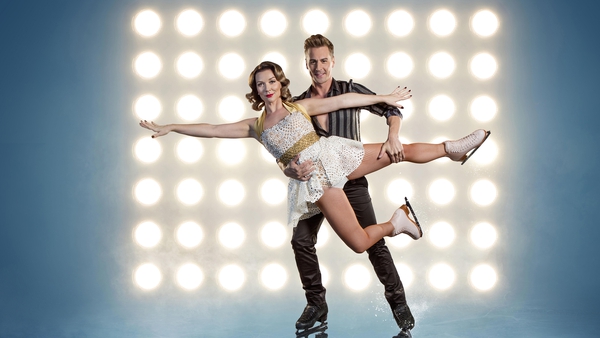 Skate that! Candice Brown is first off Dancing on Ice