The Killian Scott-starring crime-drama Damnation has been cancelled after one season in the US.

The USA Network has decided not to pick up the series for a second season.

The season one finale of Damnation aired in the US last week.

The series will premiere on Netflix in Ireland on February 1.

Billed by its creator and executive producer Tony Tost as "one part Eastwood, one part Steinbeck, one part Ellroy", Damnation saw Scott playing Seth Davenport, a man masquerading as a small-town Iowa preacher in the hopes of starting a revolution during the 1930s.

Reacting to the cancellation news, Tost thanked all those who worked on and watched the show and said he was "proud" to have Damnation "out there for people to still find days and weeks and months and years from now".

I love what we made, and how we went about making it. I'm proud to have #DamnationTV out there for people to still find days and weeks and months and years from now. Thanks and love to all who helped and supported and watched. https://t.co/fjjUaTM0zu

Speaking to RTÉ Entertainment before he began filming last summer, Scott described his Damnation character as "a very special creative opportunity for me".

"Seth seems like the kind of person who wants and tries to do the right thing but has extreme impulses in the opposite direction," said the Dublin actor.

"It's complicated territory, I guess, particularly because it's such a volatile period in US history."

"But ultimately, Seth is trying to become a revolutionary leader, a leader against the evident capitalistic injustices of his time," Scott continued.

"And he is not unwilling to spill blood in that pursuit. In fact, to be fair, I think he wants to. There is a real socialistic rage there.

Irish viewers can judge for themselves on Netflix from February 1.

Scott can currently be seen on cinema screens opposite Liam Neeson in The Commuter. 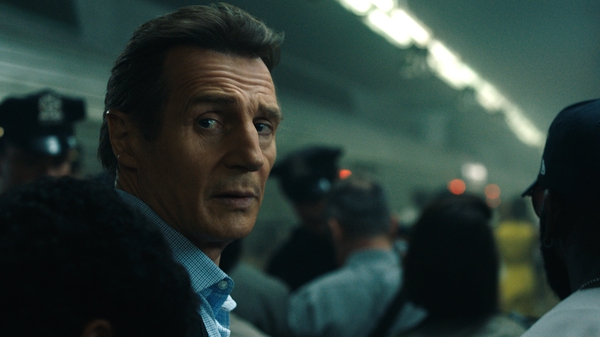