The superb Feud: Bette and Joan comes to RTÉ One, The Big Bang Theory is back, and Doctor Foster continues to cause jaws to drop

Although it failed in the hype stakes compared to Big Little Lies, this miniseries is at least as good, and is a visual treat.

It looks like they spent a fortune on it too, as the attention to detail is remarkable - and it’s beautifully shot.

Anyway, this is the story of the feud between Hollywood legends Joan Crawford and Bette Davis, principally around their co-starring in What Ever Happened to Baby Jane?

Both Jessica Lange and Susan Sarandon are superb in the central roles, with Lange just about shading it as the alcoholic, insecure Crawford. The support cast’s pretty good too, with Alfred Molina in great form as movie director Robert Aldrich.

It’s season eleven for the planet’s most popular sitcom, starring Jim Parsons as the intellectually brilliant but socially inept Sheldon Cooper, and a supporting cast of characters that make this a geeky version of Friends.

As we’re reunited with the gang, Amy has trouble deciding whether or not she should marry Sheldon – well, who wouldn’t?

Meanwhile, Bernadette confides in Penny when she finds out some huge news.

The third and final episode of this scientific look at cats sees Professor Alan Wilson using high-tech collars to determine that it’s not straight-line speed that’s a cheetah’s greatest weapon, but their ability to brake, change direction and accelerate.

This is also a crucial time for cat conservation. While many are threatened, many cats are bouncing back from the brink and the programme showcases the tireless work of the cat conservationists who are fighting to protect them.

In the final episode of the series, historian David Olusoga traces the history of the house in Liverpool from 1945 to the present day.

He finds that these are challenging times for the city, when poverty and dereliction are widespread and the neighbourhood struggles with record unemployment.

The enjoyably bonkers second season of Doctor Foster continues with Suranne Jones continuing to play the revenge-fueled title role as though her very existence depended on it.

This week, her Gemma feels that son Tom should come first, even though she and Simon (a caddish Bertie Carvel) are at each other’s throats. But can they put their own feelings aside for their son’s sake? 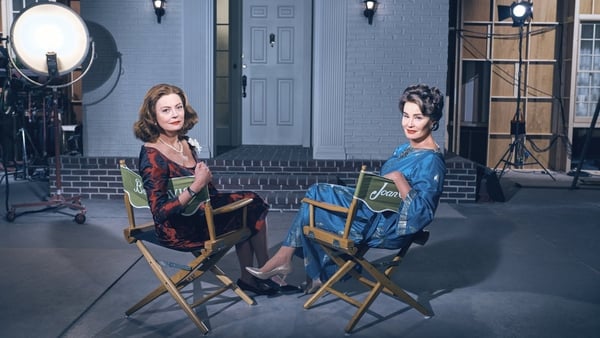 All you need to know about Feud: Bette and Joan