Deirdre O'Kane has told RTÉ Entertainment that she "said no straight away" to Dancing with the Stars and only decided to take part in the show at the eleventh hour.

The actor and comedian takes to the floor for the first time with partner John Edward Nolan this Sunday on RTÉ One to dance the Jive, and has described signing up for the series as "the most insane thing I've ever done in my life".

"It took me a long time to decide," she said. "I was very eleventh hour. I was very bored by the 'no' answer. I just thought, 'What are you going to be doing?! Sitting writing your new show in the mornings!'

"January, February, March are the months I hate most so I thought, 'At least I won't see them - I'll be dancing'. And that's exactly how it's been: I don't see daylight!"

"I was an Irish dancer until I was 11," she continued. "I kind of wanted to find out if I could dance. If I don't do this now… This is my last chance to do something like this."

Admitting that "everything is sore", O'Kane said recovering from the flu had taken its toll on her fitness in the build-up to her Sunday debut.

"Post-flu, three weeks, post-viral vertigo, dizziness and I'm still trying to get my fitness level back up from that," she explained. "I'm just recovered. If the girls had been up first I wouldn't have been able to do it, so nick of time."

Having watched DWTS with her family at home, O'Kane has discovered that taking part is "so much harder than it looks".

"I can't explain to you how unbelievably up and down it is," she said. "One minute you're delighted with yourself - you think you're great - and then you're a big idiot.

"I am incredibly nervous because I'm so far out of my comfort zone. I think I'm so in control as a stand-up. I go onstage by myself; if I fail it's on me, if I succeed it's on me. This is now, like… John's worked on this all of his life; I don't want to sabotage him."

As for her outfits, O'Kane concluded: "I'm just trying desperately to get the bits I want covered, covered!"

Dancing with the Stars, Sundays, RTÉ One, 6:30pm 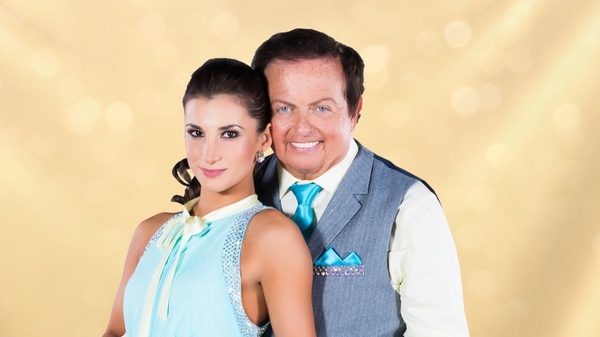