Mark Hamill (himself) has been singing the praises of Ireland’s Wild Atlantic Way and Skellig Michael, which both have starring roles in billion dollar blockbusters Star Wars: The Force Awakens and Star Wars: The Last Jedi.

In a new video made by Tourism Ireland, Hamill, who plays iconic Star Wars hero Skywalker, said: "To come back to Ireland was a great treat for all of us because the beauty of that country is unmatched. You get up in the morning and see vistas where I was sure it was a special effect."

Scenes in Star Wars: The Last Jedi were filmed in some of the most spectacular spots on Ireland’s western coastline, from the northern-most point in County Donegal to the cliffs and headlands of Counties Clare, Cork and Kerry.

"The people are so nice. They make you feel like family, they were so welcoming, so accommodating and so friendly. We felt like we were home," says Hamill, who also developed a weakness for Tayto smokey bacon crisps during his stay in Ireland.

"I mean, having lived in New York for many, many years I wasn’t sure how to take it! I would urge anyone planning a vacation to go to Ireland.  You’ll never find another place like it... I wish we could have shot the entire film there."

This promo film is the latest element of Tourism Ireland’s campaign which is designed to highlight Ireland as a key Star Wars filming location and promote holidays along the Wild Atlantic Way to Star Wars fans around the world. 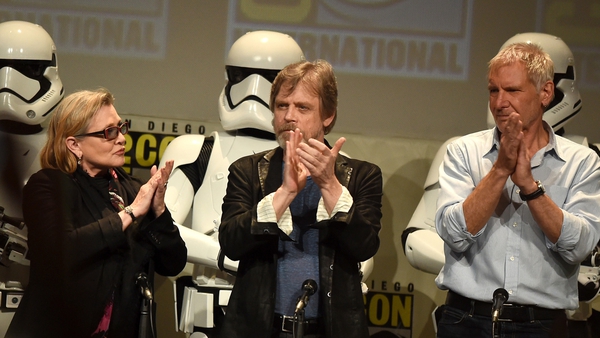 Mark Hamill hints Luke Skywalker could turn to the dark side