Alannah Beirne was a last-minute addition to the Dancing with the Stars Ireland line-up when Aoife Walsh was forced to depart the show due to an injury, and the Kildare model said she immediately jumped at the chance to take part.

Former Miss Ireland Walsh had to bow out of the upcoming series of DWTS due to fracturing her toe, and Beirne said her heart "goes out to her".

Speaking to RTÉ Entertainment, Beirne said: "I was chatting to her on Instagram, she seems to be doing alright.

"It’s so unlucky for her and my heart goes out to her. I’m very grateful to get the opportunity [to take part]."

The Naas-born model, who came third in last year's Britain's Next Top Model, was revealed as Walsh's replacement before Christmas.

Beirne said she didn't hesitate when the phone call to join the show came in.

"I was actually on my way to London airport going back home and I got the phonecall from my management.

"I was absolutely delighted. It was overwhelming. I was just speechless."

As a late addition to the dancing competition, Beirne admits that she has some catching up to do, but is trying to take it in her stride.

"I’ve actually been quite laidback about the whole thing," she explained. "I’ve really been enjoying the rehearsing and I don’t think I’ve been under pressure at all because I’m taking it day by day.

"I’m not looking at the bigger picture, the big show, I’m not thinking about that. I’m just learning, I’m taking every day as it comes and just training hard really."

Last session before New Years - this is Before - can’t wait to see myself After ?? #DWTSIRL pic.twitter.com/IXgpoEQyiO

On Tuesday, Beirne met the rest of this year's contestants for the first time for the group performance rehearsal. The model said they couldn't have been more welcoming.

"As soon as I walked in there was hugs, everyone was so welcoming and friendly and so lovely", she said.

"I’m not going to lie, I was very very nervous.

"When we were rehearsing the full group dance I was focusing on the guys and watching them dance instead of myself so I was a little all over the place at the beginning, but at the end of the day I was fine. I got along great with everyone and I got into the swing of things."

Beirne added that she's looking forward to getting to know the rest of the competitors better.

"I haven’t really gotten to know them all just yet. I know for a fact that by the end of the week we’re all going to be a big family. I’m looking forward to it", she said.

The second season of Dancing with the Stars Ireland shimmies onto screens on Sunday, January 7 at 6.30pm on RTÉ One. 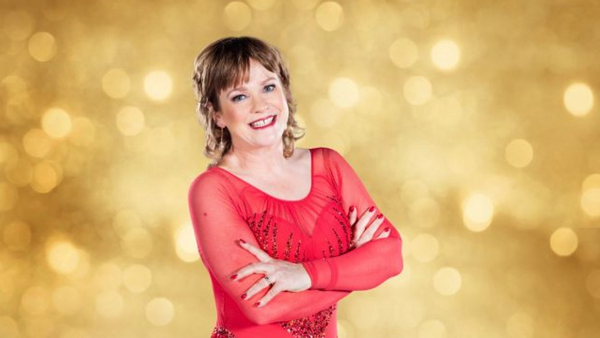