It's been 20 years since the Spice World movie hit our screens, so to mark that milestone we're taking a look at where the Spice Girls are now!

During her time in the Spice Girls, Victoria was known for her little black dresses and on point posing more than her singing abilities, and after the group split in 2000 she embarked on a solo career, which she called time on in 2004.

Though she got her start in singing, fashion was always her passion and her eponymous label launched in 2008. Victoria is now one of the most talked about and celebrated designers working today.

Victoria is also one half of one of the most enduring celebrity couples, having married David Beckham in 1999. The couple have four children together; Brooklyn, Romeo, Cruz and Harper.

Geri jumped off the good ship Spice Girls in 1998, two years before the group officially came to an end, and launched a successful solo career shortly after.

Her first solo album produced three number one singles, with her second album featuring her biggest hit It's Raining Men. A third album followed in 2005, with the singer then taking a break from music until last year when her fourth album leaked online.

Geri has two children; a son with husband Christian Horner and a daughter from her previous relationship with Sacha Gervasi.

Though carving out a solo career after the Spice Girls, Mel B is now best known for her television work.

The X Factor has proven a home away from home for the star, with Mel B joining the judging panel on the Australian version of the singing competition from 2011 to 2012, before enjoying a stint on the Manchester audition stages of The X Factor UK in 2012. She then became a judge on the show's 2014 series.

Mel B has also taken part in the American dance competition Dancing With The Stars, co-hosted the Australian version of the show, and worked as a judge on America's Got Talent and The Voice Kids.

Mel B has three daughters; one from each of her relationships with Jimmy Gulzar, Eddie Murphy and Stephen Belafonte, who she filed for divorce from earlier this year.

As her bandmates did, Emma also went solo after the group split, but it's in the worlds of television and radio that she has found the most success since hanging up her platform runners.

From 2003 to 2012, Emma was a recurring character on the hit comedy series Absolutely Fabulous, also making a cameo in the show's big screen outing.

Emma currently hosts the breakfast show on the Heart London radio station, having started out at the station in 2009 as a guest presenter. She has also appeared as a judge on Dancing on Ice, and hosted Channel 5's Don't Stop Believing.

Emma has been with her partner Jade Jones since 1998 and they have two children together.

While each member of the group embarked on a solo career, it was Mel C's that became the most successful, with the singer launching hers with the worldwide hit When You're Gone with Bryan Adams.

Mel C's debut solo album Northern Star was released in 1999 and sold over 4 million copies worldwide. Her solo success didn't stop there, with the singer having sold over 20 million records since her time away from the Spice Girls.

She has also co-written 11 UK Number 1 singles, and is the only female performer to top the charts as a solo artist, as part of a duo, quartet and quintet.

Mel C has one daughter from her previous relationship with Thomas Starr. 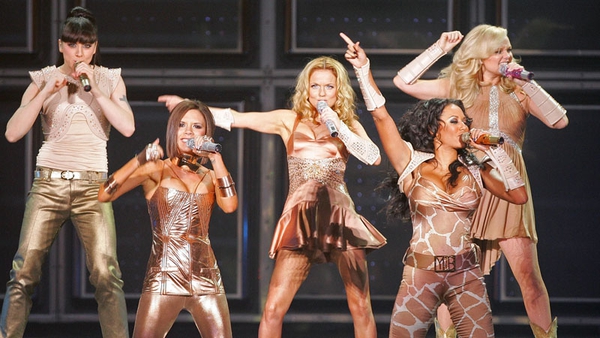