It is reported that The Mindy Project star Mindy Kaling is celebrating the birth of her first child, a baby girl.

E! News, which first reported the story, says that Kaling's daughter, Katherine, was born on December 15.

The entertainment channel broke the news that Kaling was expecting last July with an unnamed source saying the pregnancy was "an unexpected surprise". Later that month, Kaling's A Wrinkle in Time co-star Oprah Winfrey confirmed the 38-year-old was expecting.

Kaling has not revealed the identity of the child's father.

In August, Kaling told NBC's Sunday Today with Willie Geist that she was "really excited" about becoming a mother.

"It's so unknown to me," the former Office star explained. "I have a lot of control over a lot of aspects of my life, and this is one where I'm like, 'OK, it's out of my hands,' which is kind of a fun feeling."

During an appearance on The Ellen DeGeneres Show in October, Kaling confirmed she was expecting a baby girl and had "wanted to know way early".

Kaling will be also seen on cinema screens next summer in the all-star heist movie Ocean's 8. 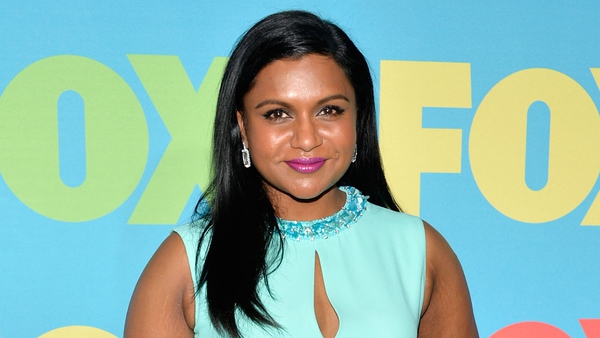