The Colombian singer Shakira has been forced to postpone the European leg of her El Dorado World Tour after suffering a "hemorrhage on her right vocal cord".

She shared the news with her fans via social media in a post that read:

"For the last five months I’ve been wholly dedicated to preparing my El Dorado World Tour. However, these past few days, just before my first concerts, have been some of the hardest of my career.

"Towards the end of October though, in the home stretch of my rehearsals, I felt a strange hoarseness that impeded my singing. The doctors, upon examination, detected that I had suffered a hemorrhage on my right vocal cord.

"Unfortunately the hemorrhage doesn’t appear to have reabsorbed and my nightmare continues. At the moment I find myself in a difficult battle as I try to fully recover.

"As such, and with a heavy heart, I must announce that I find myself obliged to postpone my European tour until 2018, to allow my body several necessary weeks, dedicated to my complete recovery.

"It pains me not to be able to sing this month, for those have done even the impossible to get tickets and accompany me throughout the different countries of Europe."

Last November, the singer had to cancel appearances at the Latin Grammys and American Music Awards to take care of her son Sasha, who was sick.

Although she did not reveal the nature of Sasha’s illness, she noted on Instagram that her baby made a full recovery: "Thanks for all the messages you sent for Sasha while he was sick," she wrote.

"Everything is under control now, and he’s back to his cheerful self!" 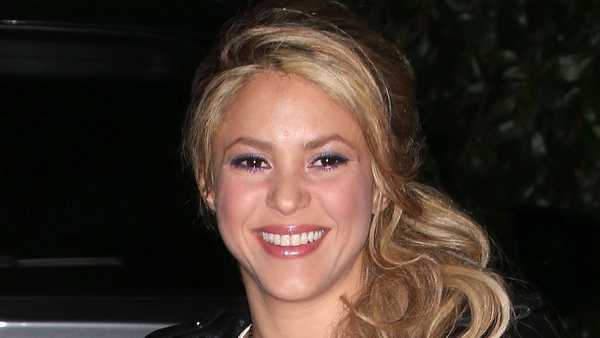