Shakira has tweeted a picture of newly-born son's feet revealing that his toes are already crooked like that of his footballer father, Gerard Piqué.

The Can't Remember to Forget You hitmaker welcomed her second child with FC Barcelona footballer Gerard Piqué last week who they have named Sasha Piqué Mebarak.

Shakira has now shared a picture of Sasha on Twitter – well of his feet.

She wrote alongside the picture: ''I have Daddy's feet, it looks like I've been playing football my whole life. (sic)'' 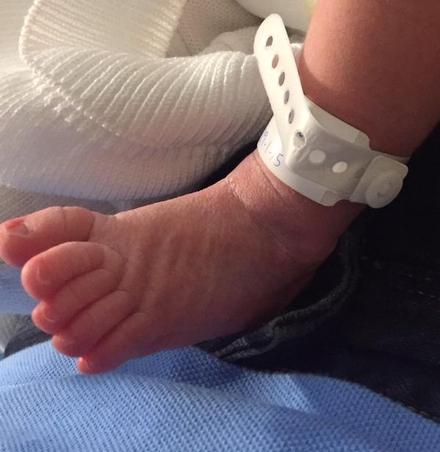 ''[Their first son] Milan looked like Shakira when he was born, but this one looks more like his father.''

"I have Daddy's feet, it looks like I've been playing football my whole life" pic.twitter.com/x8tqWlqPJU