It is reported that British royals Princes William and Harry make cameo appearances as Stormtroopers alongside actor Tom Hardy and singer Gary Barlow in the new Star Wars blockbuster, The Last Jedi.

Sources told US entertainment trade publication The Hollywood Reporter that the quartet will be seen guarding John Boyega's character, Finn, in a lift.

The scene, The Hollywood Reporter contends, is surely "Star Wars' most secretly star-studded sequence of all time".

In August, Boyega revealed the British royals had filmed cameos when they visited The Last Jedi set at Pinewood Studios in the UK during the Spring.

During the recording of an interview for The Hollywood Reporter's Actors' Round Table programme, Boyega said seeing the brothers "wrapped in Stormtroopers costumes" made for a "strange contrast".

Boyega added that it was a "great experience" and "the best of both worlds for me".

James Bond star Daniel Craig made a Stormtrooper cameo in 2015's The Force Awakens when Daisy Ridley's character Rey used a Jedi mind-trick on him. 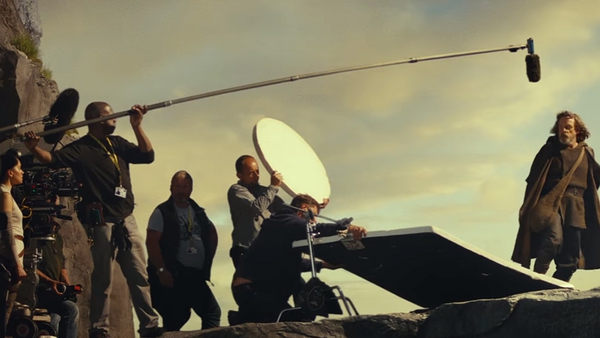