As Nathan Carter gears up for the return of his self-titled show, the singer has teased fans saying it will be 'bigger and better' than the first series.

In the first episode of The Nathan Carter Show, which airs on RTÉ One this Sunday, Nathan Carter sings a few songs himself and welcomes guests including Shane Filan, Roisin O, Hayseed Dixie and Johnny McEvoy to join him.

Aside from musical entertainment, Carter revealed that there will also be a few pranks thrown into the mix.

"We go out and do a few devious things and little tricks on people," Carter told RTÉ Entertainment.

Speaking about the second series of the show he said he "loved doing it" and that he hopes it will be "bigger and better than the last one."

Among the other musical guests to join Carter this time around are former Spice Girls star Mel C and Martine McCutcheon, who Carter said was "great fun" to work with.

"I would've remembered her from EastEnders as Tiffany, and the film Love Actually where she played the Prime Minister's secretary... She was great fun," he said.

Carter is hopeful that the show's "eclectic mix of genres and music tastes" will appeal to a wide audience, with his Christmas Special in particular one he is looking forward to sharing with fans.

"It's my favourite episode out of all the series' I've recorded," he said of the festive special.

The Nathan Carter Show returns to RTÉ One, Sunday at 9.30pm. 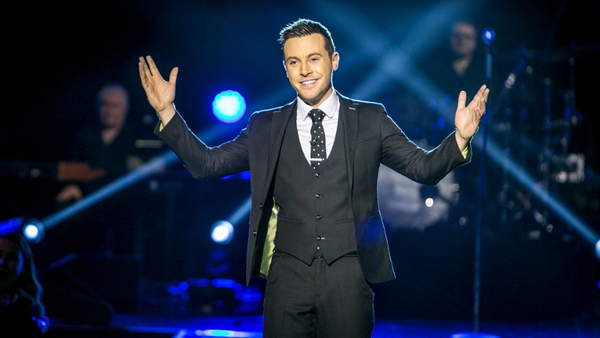