Nathan Carter has told RTÉ Entertainment it will be like starting from scratch when he heads out on his first US tour in the Autumn.

While he's a household name in Ireland, the country star said it would be "back to basics" when he tours the US with Chloe Agnew in September.

AMERICA I am delighted to tell you @ChloeAgnew (Celtic Woman star) will be joining us 4 our North American tour in September @glatzconcerts pic.twitter.com/sqDl3B1BoX

"[It's] A lot of promotion and people not having a clue who I am," he said. "It's meeting people and getting the name out there.

"Definitely, for me, it's like going back five or six years at this stage. It makes you appreciate a lot more when you have sold-out concerts and when the album does well or the single goes up the charts."

Carter's bid to build a bigger fanbase in the US follows the release of new album Livin' the Dream and a well-received special, Celtic Roots Live, that he recorded in RTÉ for American public service television.

"We did a lot of sort of Celtic-y tunes from Caledonia to stuff that I'd written and recorded like Temple Bar for the TV special," the Liverpudlian said. "With the ex-pats that seemed to go down extremely well, more so than the country music, if that makes sense.

"They wanted to hear the Celtic stuff and the Irish-flavoured stuff so that's probably what the tour is going to be. We'll make it more Celtic - me with the squeezebox and the lads in the band play whistle and banjo and fiddle. So we'll keep it more that route, more folky."

On Friday, Livin' The Dream - Carter's ninth album in ten years - debuted at No 1 in the Irish charts, his fourth album in a row to do so.

It has also outsold new releases by Royal Blood and Fleet Foxes and also the 30th anniversary edition of U2's The Joshua Tree.

Ahead of the US dates, Carter is playing around Ireland throughout the summer and will record the second series of the Nathan Carter Show for RTÉ Television at the Knocknarea Arena in Sligo next week (June 28 - July 1).

"I definitely can't go at the level I'm going at for the next five years," he admitted. "I would consider taking a little bit of a break maybe up ahead. But at the minute, I'm lucky enough and healthy enough to be doing it, and I'm enjoying it." 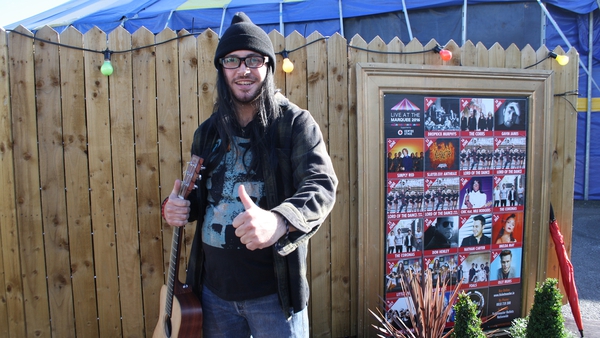