There's a big surprise for the X Factor hopefuls on Saturday night as a trip to Dublin cranks up the excitement in the Judges' Houses stage of the competition.

Saturday's show sees Sharon Osbourne's six hopefuls in the Girls category crestfallen when they open an envelope which reveals that they're going to Dublin for Judges' Houses.

"I wasn't expecting that," says Grace Davies. "I'm not going to lie."

"I just checked the weather and it says it's going to be 15 degrees," continues Raie-Elle Williams. "And I'm like, 'It's basically like England'."

However, when the six singers arrive at a rainy Dublin Airport, they are surprised by Louis Walsh.

"Welcome to Dublin," says Walsh as he hands them an envelope. "Sharon asked me to pass on this message."

When the Girls open the envelope they discover that they will, in fact, be singing for their place in the competition in San Francisco - and at this point viewers are advised to turn down the volume.

The #XFactor is jetting off to warmer climes this weekend! ☀️ We're not sure that The Girls were expecting this though… 🏖😎 #JudgesHouses pic.twitter.com/pxHwFtbmKy

Saturday's show will also see Nicole Scherzinger's contestants in the Overs category join her in South Africa, as she cuts her team from six acts to three.

In South Africa, Talia Dean, Kevin Davy White, Tracy Leanne Jefford, Berget Lewis, Matt Linnen and Slavko will be hoping that Scherzinger and guest judge Stormzy put them through to the live shows next weekend.

FIRST LOOK 👀 All aboard the @Stormzy1 Scherzy Safari! 🐘
We wonder what we’ll spot in this weekend’s #XFactor at #JudgesHouses 🐆🐾🐍 pic.twitter.com/94Gp3UVhBO

Over in San Francisco, Sharon Osbourne's children Jack and Kelly are her advisors as Alisah Bonaobra, Grace Davies, Georgina Panton, Deanna Russington, Holly Tandy and Raie-Elle Williams are given their chance to impress. But with only three slots available, expect the tears to flow. 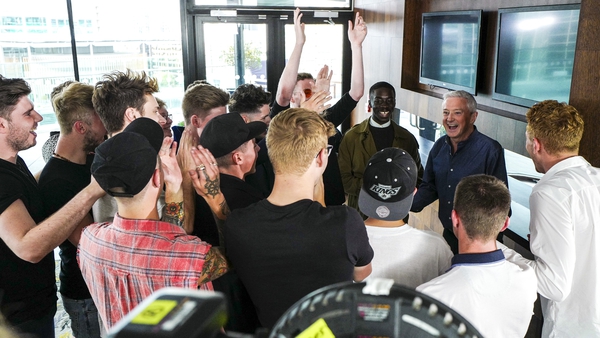