Earlier this year Imelda May appeared on The Ray D'Arcy Show with the late Eamonn Campbell who she described as family. Watch the clip here.

It was announced yesterday that the Dubliners musician Eamonn Campbell has died at the age of 70 following a short illness.

Chart-topping singer Imelda May, who had performed with Eamonn and The Dubliners on many occasions, shared her sorrow at his passing on Instagram. She posted a touching picture of them hugging and called Eamonn her "hero".

In May this year Imelda made a special appearance on The Ray D'Arcy Show on RTÉ Radio One with Eamonn.

Speaking about the first time he heard Imelda sing, Eamonn said: "It was about 2010 - it was far back! We asked her to join us in Vicar Street with the Dubliners and she did a great version of the Rare Old Times.

"That's what I love about Imelda, she has never forgotten her roots. She's still a Liberty girl from the rare ol' stock."

Imelda added: "I love Eamonn to bits. I remember standing there in Vicar Street that night and that was really before things were kicking off for me when they asked me to join them and I was so overwhelmed to be singing with my heroes. We have become part of each others family's now."

Eamonn fell ill late last week while touring with The Dublin Legends in The Netherlands and Belgium, a statement from his family said. He died on Wednesday night (October 18) surrounded by his family.

Eamonn is survived by his wife Noreen and children, Paddy, Eamonn Jnr, Emma-Jane, Ciara and Niamh and his grandchildren. 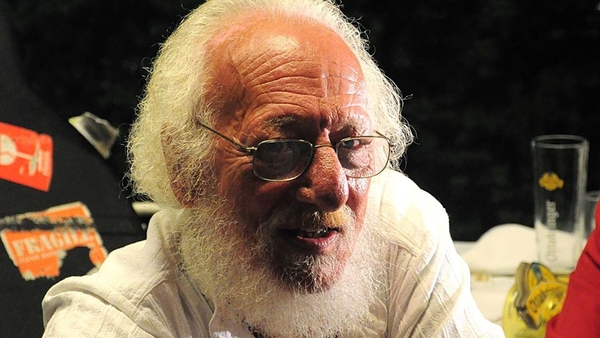 Watch! Eamonn Campbell performing on the Ray D'Arcy Show with Imelda May