If you're going no further than the sofa this weekend, here are some tips on what's worth watching on the box from Friday until Sunday. It's a busy one!

In 1603 Queen Elizabeth I is dead and King James of Scotland has taken the throne. With the country at war with Catholic Spain, English Catholics are persecuted and priests caught saying Mass are punished with death.

Several attempts have been made on the new King’s life, but so far all have failed. But deep in the heart of the Warwickshire countryside a new plot is brewing.

Let's just hope that this drama fares a bit better than similar-ish The Musketeers, which ran for three tepid seasons until it was finally dropped last year.

Richard Ayoade is joined by Matt Lucas, for a frenetic 48 hours in the Eternal City, Rome.

After dropping their bags at the ultra-hip G-Rough Hotel, they head to the Antica Manifattura Cappelli, Rome's oldest hat shop.

They also take a guided tour in a vintage Fiat 500, get fed at the rather expensive All'Oro, visit Trevi, the Colosseum, and gladiator school.

Kate puts Marmite's latest TV advert to the test, Jimmy finds out how plastic packaging is polluting the food chain, and Matt runs across a pond of custard.

This promising Danish thriller begins with a double bill, so if Scandi drama's your thing, here's Friday night sorted.

On a rainy October morning, fifteen Danes have their lives turned upside down when the metro train they are travelling on is hijacked by unknown perpetrators, who will threaten to kill each of them, one by one, if their demands aren‘t met.

This two-parter reveals how an idealistic dream turned into a dictatorial nightmare. Drawing from letters and personal accounts, the story of the Russian Revolution is told using archive and reconstructed footage - and it's all in colour.

A total of 16 countries will participate in this year's contest, which will be held on November 26th at the Olympic Palace, in the Georgian capital, Tbilisi.

After extensive auditions nationwide, 32 singers aged 9-14 have been chosen to go forward to the televised heats. Each performer will sing their own, original Irish language song.

The judges are Bláthnaid Treacy, Fiachna Ó Braonáin and a weekly guest judge, and the show's presented by Eoin McDermott.

Sarah McInerney hosts this new series where she reviews the week's news, headlines and politics. She's also joined by a panel of politicians and commentators to debate the issues.

Irish double act Dara Ó Briain and Angela Scanlon are back, along with commentary from the legendary Jonathan Pearce.

It’s the final of Painting the Nation and the three remaining painters travel to county Offaly where they visit Birr Castle Gardens and Science Centre.

Louis spends time with the Milwaukee Police Department as they patrol District 5 - home to a homicide rate more than 12 times the national US average - and follows the Homicide division as they investigate one of the city’s many killings.

He also embeds with a family who have recently lost a loved one to gun crime, and meets a local social activist, once a criminal and gang leader herself, who has turned her life around and is coming up with her own solution to rampant gun crime.

Nile Rodgers: How to Make it in the Music Business, 9.00pm, Friday, BBC Four

In the final episode the legendary Chic guitarist reveals how he’s adapted to the new world of music, and that includes the collaboration that resulted in Get Lucky, a song that became an international hit for Daft Punk.

The final episode concludes with an exclusive preview of a new and previously unreleased Chic track, I Believe in Music.

Haters Back Off, from Friday, Netflix

Colleen Ballinger returns in this quirky comedy as Miranda Sings, a sheltered, self-absorbed, overconfident and untalented young performer who seeks fame on YouTube.

Yet another Stephen King adaptation, Thomas Jane - who was in the awful 2003 King adaptation Dreamcatcher - stars as Wilfred James, a farmer grimly clinging to his family land in 1920s Nebraska.

His wife Arlette (Molly Parker) has recently inherited a significant plot of farmland, which she wants to sell so the family can move to Omaha.

James resists as he has his entire life planned out, and wants to leave his farm to their 14-year-old son Henry (Dylan Schmid) when he dies.

In order to avoid anything upsetting his plans, he decides to murder his wife.

This 2012 British-American political satire and black comedy was co-written by and stars Sacha Baron Cohen in the eponymous role.

Admiral General Aladeen, the dictator of the fictional Republic of Wadiya, visits the United States and is promptly kidnapped.

It's not quite The Magnificent Ambersons but it's a good laugh.

They play a married couple with her as a shy heiress and he as a handsome devil. Well, more devil, really.

It may be almost a quarter-of-a-century old, but this film still packs a fierce punch.

Sharon Horgan and Rob Delaney write and star in this multi-award winning, potty-mouthed dramedy that's been running on Channel 4 for three seasons, with more to come.

Horgan plays Sharon Morris, an Irish schoolteacher who hooks up with Rob Delaney's Rob Norris while he is in the UK on business.

She becomes pregnant following their brief affair and he decides to return across the Atlantic as they try to develop a relationship while coping with parenthood.

The supporting cast includes the late Carrie Fisher in her final role (as Rob's mother), Ashley Jensen, and Mark Bonnar, and if you haven't seen it yet you really ought to rectify that situation. 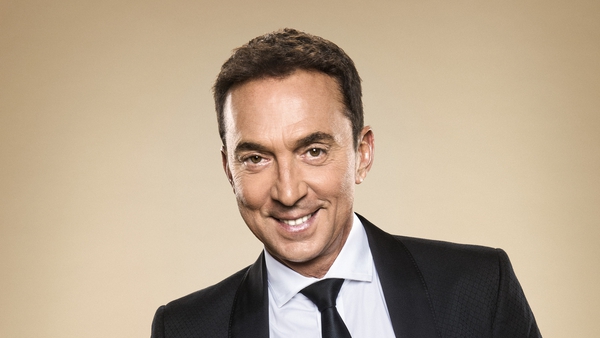