Louise Redknapp has confirmed that she and her husband Jamie Redknapp are living apart after nearly 20 years together and says that her marriage and domestic life left her feeling "lost".

The 42-year-old star rose to fame in the R&B girl band Eternal in the 90s before launching a solo career. She gave up her life as a performer when she had her first child with former Liverpool player Redknapp in 2004.

Now, she has revealed that although she loves her "amazing" husband, she has to throw herself back into her career and reclaim her identity.

In a frank interview with The Telegraph, she said: "I feel I'm coming back to who I really am. I have spent most of my life pleasing everyone else, worrying about being judged and thinking I should always do the right thing by staying at home, looking after my kids and my husband. I lost myself.

"I think this happens to a lot of women when they get married and have children. You have this feeling deep inside you, 'Where did I go?' But I pushed those thoughts away.

"I'd think of my past life as a pop star as being 'not reality'. Looking after the house and my family was my reality. I became a sort of Stepford Wife, wanting to be perfect at it."

Louise, who reached the final on Strictly Come Dancing last year, said her time on the BBC dancing competition reignited her passion for performing.

"I didn't want to continue running around after everyone else, and occasionally promoting a yogurt or doing a little TV presenting job," she told the Telegraph.

"I wanted to sing, I wanted to perform. I wanted to go back to work on a stage in front of an audience. I actually felt physically sick at the idea that I'd never have that buzz again, that fulfilment I get from performing. And that is when the sh*t hit the fan. No one could understand why it was so desperately important to me."

She continued: "I loved the dancing. I loved being pushed to see what I could do. I loved that incredible camaraderie, the laughs, the nerves, the excitement, the audience.

"Sometimes I felt like crying because deep down inside me this voice was screaming, 'This is what I have been missing!"'

Louise and Jamie, who married in 1998, have two sons together. She said of her husband: "It's so hard because I love him. He's an amazing man and we've had 20 good years together."

She added: "I know he's trying to understand that I do need to do this. People might look at me and think I've got everything, but a sweeping staircase and designer handbag doesn't really do it for me.

"I have no idea what is going to happen, all I know is that I fought for this, it's taken everything, but this is something I need to do - for me."

Redknapp is currently appearing on stage as Sally Bowles opposite Will Young in a production of Cabaret, which is coming to Dublin's Bord Gais Energy Theatre from November 28 to December 2. 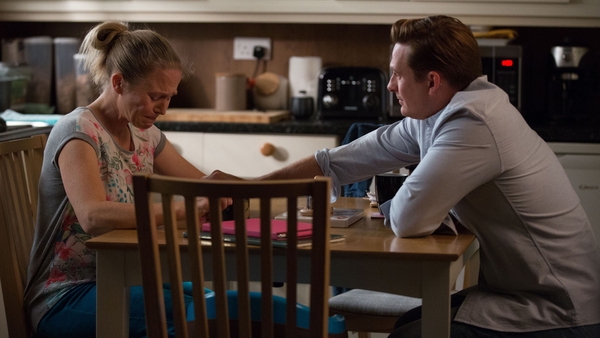 EastEnders' Linda shares news that cancer could be back