Noel Gallagher has hit out at his brother Liam over the former Oasis frontman's criticism of his Manchester Arena bombing benefit concert performance, saying the singer needs to "see a psychiatrist".

Noel, who released his first new song in two years on Monday, said his outspoken younger brother "needs to see somebody" because of what he said in the wake of last month's gig to reopen the arena after May's blast at an Ariana Grande concert that left 22 people dead.

Noel tearfully performed at September's concert, prompting Liam to take to Twitter to dismiss it as a "PR stunt" and claiming his brother "doesn't give a f***".

In an interview with the Sunday Times, ex-Oasis guitarist and songwriter Noel branded Liam "Mr Angry", and said: "He needs to see a psychiatrist.

"I don't say that as a joke," he added. "Because young Mancunians, young music fans, were slaughtered, and he, twice, takes it somewhere to be about him. He needs to see somebody."

Meanwhile, Liam Gallagher has responded to this newspaper article saying:

The Gallagher brothers have a long history of feuding going back decades to their heyday as a cornerstone of Britpop in the 1990s.

The brothers' rowing led to Oasis splitting back in 2009. The siblings have not played together since and have instead concentrated on their solo careers.

Both are now going head to head with new albums, Liam's solo debut As You Were was released on Friday and Noel's latest long-player Who Built The Moon comes out on November 24.

Fans at the September concert had hoped the former Oasis bandmates might put their differences behind them and surprise everyone by reuniting for the event in their home city.

Money raised went towards paying for a permanent memorial to the 22 murdered on May 22.

Liam had performed at the We Love Manchester concert at Old Trafford cricket ground organised by Ariana Grande in June.

He had been playing at a festival in Nuremberg, Germany earlier in the day but arrived by private jet in time for a special guest performance.

He later tweeted another foul-mouthed rant at his brother for missing that gig.

Noel told the Sunday Times that criticism of his non-appearance was "noise" from "ill informed f***wits", saying he was never asked to perform at that gig.

He later arranged to donate profits from sales of Oasis' anthem Don't Look back In Anger to charity. 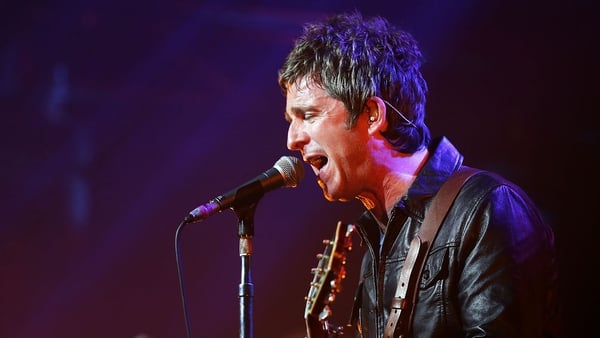