A new trailer for the upcoming film about Conor McGregor has been released, with the project set to bring viewers 'inside the cage, inside his life and inside his mind'.

McGregor posted the trailer to his social media accounts, announcing a November 1 release for the film, entitled Conor McGregor: Notorious.

Filmed over the course of 4 years, is a gripping access-all-areas account of McGregor’s personal and professional journey from claiming benefits and living in his mum’s spare room with his girlfriend to claiming multiple championship belts and 7-figure pay packets.

Featuring exclusive interviews, unprecedented access and fight footage, this is the ultimate behind-the-scenes look at a sporting icon and his meteoric rise.

McGregor's relationship with longtime partner Dee Devlin will also feature, with her saying in the trailer that "I always did believe in him, and I always will."

The couple welcomed their first child together this year, a son named Conor.

Conor McGregor: Notorious will be released in Ireland on November 1. 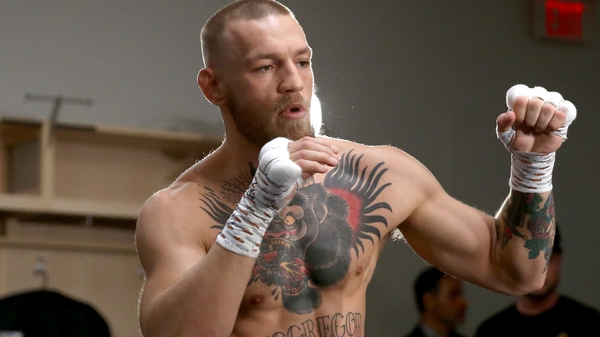