Spencer Matthews has said Vogue Williams 'is absolutely the one' for him adding that marriage is a possibility for the couple.

The 28-year-old former Made in Chelsea star embarked on a relationship with the Irish television presenter and DJ after meeting on the set of The Jump.

The pair has just moved in together, with Matthews now saying he very much sees a serious future with Williams.

"I would say she's absolutely The One. I can't see it any other way," Matthews told Star magazine.

"[Marriage] is a possibility I wouldn't rule out. You've caught me at a really loved-up moment. Vogue's going to be mortified."

Williams and Spencer have shared numerous pictures together on their respective Instagram accounts, and over the summer she gave him his first taste of an Irish music festival by bringing him to Longitude.

"Spencer loved Longitude, actually it was a bit difficult to drag him away from it because I had organised our car home at half seven and he's there nudging me trying to stay on, but I did eventually drag him down to the car," Vogue told RTÉ Entertainment. 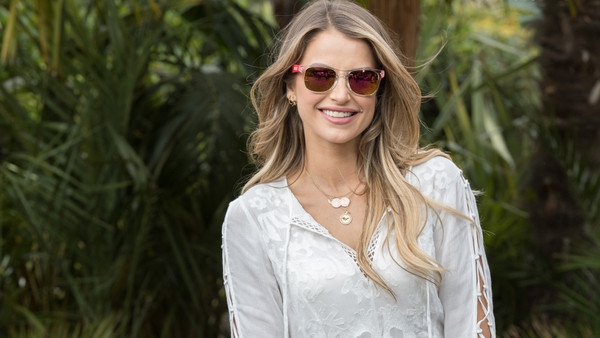