Vogue Williams has laughed about bringing boyfriend Spencer Matthews to Longitude saying she had to drag him away from the festival.

The couple met while filming The Jump and Vogue gave Spencer his first taste of an Irish festival at Longitude early this month, where she was DJing.

"Spencer loved Longitude, actually it was a bit difficult to drag him away from it because I had organised our car home at half seven and he's there nudging me trying to stay on, but I did eventually drag him down to the car," Vogue told RTÉ Entertainment.

"He really enjoyed it, and Longitude is great fun, it's a nice small intimate festival, but I find that with Electric Picnic too, it's a great crowd down there and you're always going to have fun."

Spencer previously said he loved the chance to see Vogue behind the DJ decks "doing what she loves."

"I knew she was good at everything but now I know she's amazing at Djing. I've never actually seen her do a full set in front of a crowd," he told the Irish Mirror.

"Everyone was going crazy, I even sent my mum a video of everyone going wild."

Vogue was launching the Just Eat Retreat Full Moon Beach Party that will take place at this year's Electric Picnic, and she revealed that they're planning on shipping 200 tonnes of sand to the venue give it that authentic feel.

"They are bringing in 200 tonnes of sand, they have people body painting, all neon body paints, they have the waiters that they had last year so you can sit and chill on the grass and have someone bring drinks to you," she said. "They've got great DJs and it's always a fun place to hang out at EP." 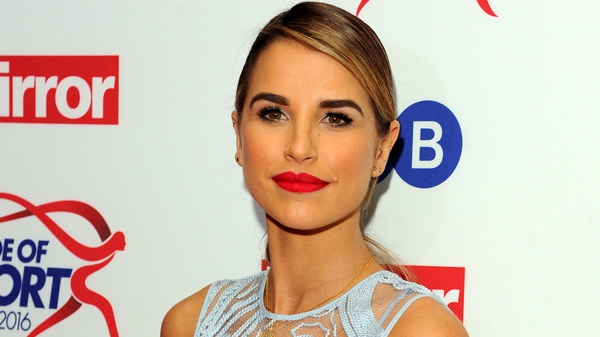 New TV show in the pipeline for Vogue Williams