Following the death of singer-songwriter Tom Petty, fellow musicians and stars have been paying tribute to the rock legend, including his friend Bob Dylan.

Sixty-six-year-old Petty died after suffering a cardiac arrest at his Malibu home, according to US media reports.

Petty, as the frontman of Tom Petty and the Heartbreakers, a former member of the Traveling Wilburys, and as a solo artist, was one of the best-selling musicians of all time.

"It's shocking, crushing news," Petty's friend and Traveling Wilburys bandmate Bob Dylan told Rolling Stone in a statement. "I thought the world of Tom. He was great performer, full of the light, a friend, and I'll never forget him."

Taking to Facebook, Meatloaf called Petty a "very talented musician", while Kings of Leon drummer Nathan Followill said he was "one of the sweetest people on earth".

Tom Petty was one of the biggest inspirations for me as a musician. This one will hurt for a long time. Truly one of the sweetest people on earth. Rest In Peace brother.

Actress and singer Juliette Lewis shared a picture of the band onstage with the caption: "THANK YOU SO VERY MUCH. #TomPetty honored to have shared your very last show on this earth. #freefalling #RIPTomPetty."

Oscar-winning actor Russell Crowe simply said: "Mr Petty, thanks for all of it."

Mr Petty, thanks for all of it

This is unbearable. Vegas and now a great music hero has passed. You brought us so much joy, @tompetty.  We will miss you. ❤️ #RIPTomPetty

I loved Tom Petty and I covered his songs because I wanted know what it felt like to fly.
"you belong somewhere you feel free."
💔

RIP Tom Petty
Thank you for giving so much, a lifetime of inspiration and love. Your music has changed this world for the better. pic.twitter.com/jZsjIN5Xu3

RIP Tom Petty. Thanks for all the great rockin' music, hard to believe you're gone.

Shocked & upset 2 hear about #tompetty 'we got lucky when we found u….’…RIP https://t.co/MlqRwhKEWC

Speaking to Rolling Stone ahead of the tour, Petty admitted that he thought this would be the group's last tour together.

"It's very likely we'll keep playing, but will we take on 50 shows in one tour? I don't think so. I'd be lying if I didn't say I was thinking this might be the last big one. We're all on the backside of our sixties," he said.

"I have a granddaughter now I'd like to see as much as I can. I don't want to spend my life on the road."

Petty is survived by his wife Dana York Epperson, two daughters from his first marriage to Jane Benyo and his stepson. 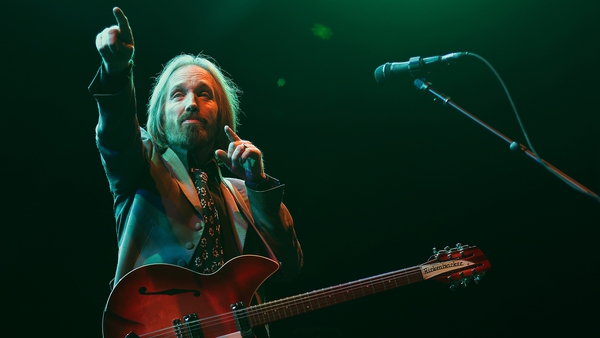