Coronation Street actress Liz Dawn, who played Vera Duckworth in the soap, has died at the age of 77. She died "peacefully in her sleep", her family said.

A statement from the family said: "We are devastated and heartbroken at the passing of our much-loved wife, mother, sister, grandmother and great grandmother, the incredible Liz Dawn.

"Liz died peacefully last night at home with her loving family around her.

"She has been the love, light and inspiration in our lives and we are bereft at her passing."

"We extend our heartfelt condolences and sympathy at this very sad time to Liz's devoted husband Don, her loving children Graham, Dawn, Ann and Julie, their families and her six grandchildren and three great grandchildren.

"We have been blessed to have Liz in our lives, as she was such a kind, considerate and caring friend and colleague. As Coronation Street's Vera Duckworth for 34 years, Liz brought so much joy and happiness to so many. She was a wonderful actress who will forever be a true Coronation Street legend."

Born Sylvia Butterfield in Leeds in 1939, Liz Dawn started her showbusiness career as a nightclub singer and moved into acting in the late 1960s.

She made appearances in TV programmes such as All Creatures Great and Small and Colin Welland's play Leeds United in the 1970s.

She made her first appearance in Coronation Street in 1974 and had a recurring role as a factory worker until Vera's husband, Jack (played by the late Bill Tarmey, who passed away in 2010), first appeared in 1979.

The constantly-bickering-but-clearly-in-love couple became one of the main sources of comic relief in the soap and proved immediately popular with viewers for their northern grit, humour and soul.

In 2007, three years after Dawn was diagnosed with emphysema, the makers of Coronation Street announced that she was to be written out of the show - at her own request.

In one of the most memorable episodes in Coronation Street history on January 18, 2008, Vera Duckworth died in her sleep. Dawn reprised her role in another landmark episode two years later, when Vera's spirit danced with husband Jack as he passed away. 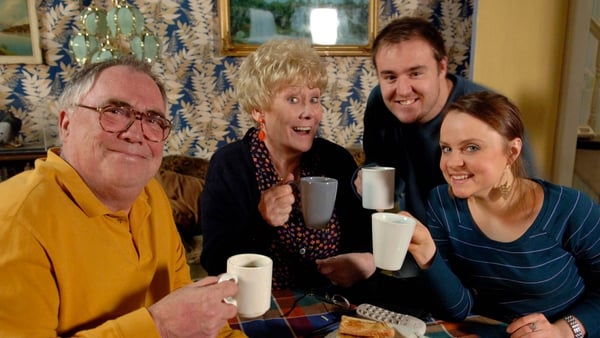