Picture This have had a heck of a 12 months. They've gone from selling out The Olympia Theatre to selling out their debut 3Arena gig in just three minutes, a feat most bands could only dream of.

It's a meteoric rise of epic proportions, but the talented and down-to-earth Kildare-born duo seem to be taking it in their stride, with frontman Ryan Hennessy joking that they "try not to think about it too much or we'd get very big headed!"

RTÉ Entertainment first spoke to the band just over a year ago and they weren't shy about their stadia-sized ambitions, saying they want their music to be heard by "as many people as possible".

Their dreams have become a reality as the band are set to play Dublin's 3Arena on November 7 and 8, which Ryan describes as "pretty crazy".

"To be playing the 3Arena is not something we really expected, we were always confident in ourselves and in the band and in the music, but we didn't think we'd ever get to the 3Arena this quickly", he said.

The band's drummer and producer Jimmy Rainsford admitted that their lives have changed a lot in the past year, saying: "It's very much about the music, but our lives have definitely changed, it's undeniable, It's crazy even just waking up and realising what's happening. We're very excited for the future."

The Athy duo joined forces back in 2015 after Jimmy saw Ryan performing in local pubs and invited him to his studio to record some tracks. Their first session resulted in Take My Hand, an emotionally-charged stadium stomper about a summer love which has thus far amassed almost three million views on YouTube.

The band's debut EP went straight to number one in the charts and Ryan is hoping for a repeat performance for their self-titled debut album which was released on August 25.

"Hopefully both of them will stay in the charts and we'll make s**tloads of money", he added to uproarious laughter from Jimmy.

Being active on social media and communicating with their fans played a huge part in the band's success in the early days, and they haven't forgotten about their roots.

"We haven't done anything different since we started, we're still the exact same, we talk to our fans the same way, they're the reason we're here," Jimmy said.

"Some people forget that sometimes, but they are the reason we're doing this. We do everything for them and they come first. I know every band says that, but it's genuine. We really do care a lot about them, we know a lot of them by first name, it's amazing."

Ryan went on to say that although they have been playing gigs across the US and UK, they're always glad to get back to home soil.

"Different crowds are a lot different from Ireland, they’re a lot more attentive, they stand there and really feel the music, man, as they say in America whereas in Ireland everyone is just going mental all the time, which is great. My favourite crowds are Irish and that's being honest." he said.

Picture This play the 3Arena Dublin on November 7 and 8, check out the rest of their tour dates here. 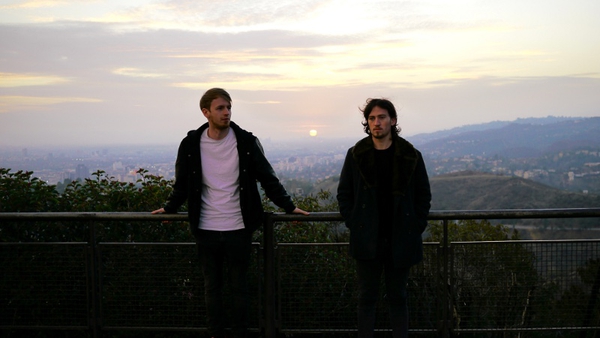