Fans of the Great British Bake Off have been given a taste of things to come with the trailer for the first series on new home Channel 4 - but there is no sign of the presenters or judges.

Last month, Channel 4 told fans to expect a "new tone" and "comic riff" when the hit show is rolled out on the station, and the trailer shows what's in the oven.

It celebrates old school stop-motion animation and sees various cakes and breads singing Paul McCartney and the Frog Chorus' We All Stand Together.

As the trailer ends, the narrator says: "Set your timers, The Great British Bake Off is back."

Temptation then gets the better of him and mid-mouthful he adds: "Coming soon... on Channel 4."

The trailer has received a mixed (peel) response on social media.

Yeah, don't think I'll be watching #GBBO if it's going to be that creepy.

#GBBO new advert is rad. What's everyone crying about?

This is such a cool trailer and a total reinvention. Change is a funky thing #GBBO

I particularly like the bit when a bouncing profiterole causes a chocolate eclair to vomit into a jam tart #GBBO pic.twitter.com/Fu0p2hVvA0

Britain's reaction when they saw the new trailer for Bake Off. #GBBO pic.twitter.com/Iel4affDiT

@Channel4 @BritishBakeOff  dont let the silly haters bother you. Oh mummy its not on bbc anymore bwaaaa bwaaaa oh stop give it a rest #GBBO

Me to my phone after seeing the new #GBBO trailer pic.twitter.com/qI8AKrWrdn

Thank you #GBBO I am haunted by the jam-squirting cream-soaked death-rattle of every cake I have ever eaten https://t.co/81lCTEymYX

That new #GBBO trailer is quite terrifying isn't it? It's actually what I imagine the inside of @noelfielding11's head is like.

Ya cake is wonky, #GBBO pic.twitter.com/UndRXXJoHb

I don't care what channel it's love a bit of bake off #GBBO https://t.co/vFXYhhTxjo

The proof of the pudding in this case will, of course, be in the watching, but if the show proves half as tasty as some of the tweets it'll be doing well. 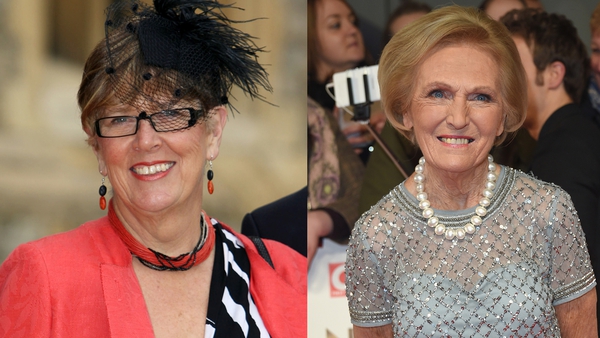 Leith "doesn't want to do a Chris Evans" with Bake Off