The show, presented by Jennifer Zamparelli, Bernard O'Shea and Keith Walsh from 6.00am to 10.00am Monday to Friday, is up 11,000 listeners since the last JNLR figures in April and 27,000 year-on-year to 178,000. Breakfast Republic holds on to its title as the most listened to radio show in Ireland in the 15 to 34 age group.

There were also quarterly and yearly gains for 2fm's other weekday programmes including The Nicky Byrne Show with Jenny Greene, Tracy Clifford and The Eoghan McDermott Show.

Welcoming the figures, 2fm boss Dan Healy said there is evidence that the station's "growth is accelerating".

"Three years ago we started a programme strategy to appeal to younger listeners and this is now paying off as most of 2fm's growth has come from listeners under 35 years of age." he said.

Over on RTÉ Radio 1, Morning Ireland keeps its top spot as the most listened to radio programme in the country with 436,000 listeners. The Marian Finucane Show on Saturdays and Joe Duffy's Liveline retain joint second place with 381,000 listeners each.

According to RTÉ, its three main radio stations - Radio 1, 2FM and lyric fm - enjoy 53 per cent share of the country's adult (15+) radio audience - up one per cent since the figures in April. 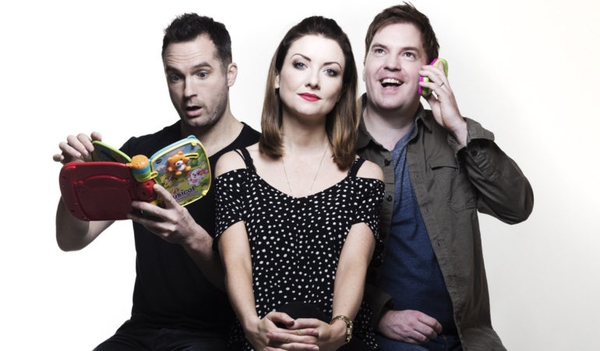 Breakfast Republic catches up with Iano in the morning