Patrick Stewart probably never imagined he would be cast as a poo in a film…well here is as just that in the Emoji movie. Apparently it's a role he is "honoured" to play.

Speaking to Conan O'Brien earlier this year, Stewart explained they voicing Poop in The Emoji Movie is part of his "philosophy of finding diversity."

"Thirty years ago, I probably wouldn't have accepted this role… But I'm now honoured and delighted to be playing the role of the emoji Poop."

Check out our exclusive clip from The Emoji Movie below

Recalling the moment his agent called him about the job, Stewart said:  "I listened to him say 'poop,' and I said, 'Yes! How diverse could an emoji role get? Poop is it. That's the one.'"

The Emoji Movie tells the story of "multi-expressional" emoji Gene, who is played by TJ Miller, who lives alongside all the other emojis in a smart phone city call Textopolis.

Watch our interview with TJ Miller

Gene longs for the day when he can just have one expression and enlists the help of his best friend Hi-5 and a notorious code breaker called Jailbreak.

The Emoji Movie, which also stars James Corden and Anna Faris, is in cinemas from August 4. 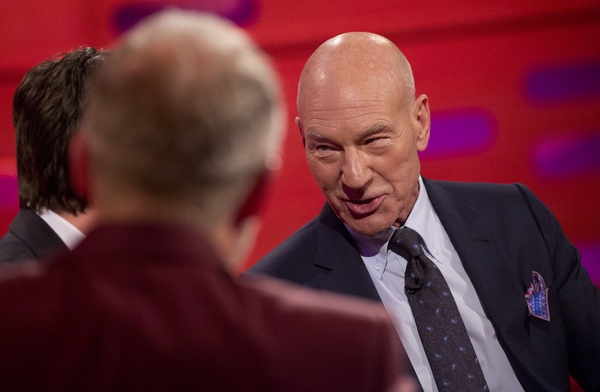