U2 star Adam Clayton and his wife Mariana have announced the arrival of their first baby, a girl named Alba.

The new parents shared their happy news in a personal ad in The Irish Times today.

"Adam and Mariana Clayton are delighted to announce the birth of their beautiful baby girl Alba."

Details of where and when Alba was born have not yet been shared.

Clayton's baby news comes after the Elevation hitmakers rocked an 80,000 strong crowd at Croke Park on Saturday night for their only Irish date on their Joshua Tree tour.

Bono broke the news that Clayton was to become a dad while U2 were performing at London's Twickenham Stadium last month.

Speaking in between songs Bono asked the audience: "Is Adam Clayton not a sexy man?" which prompted huge cheers and wolf whistles.

Clayton nodded, and Bono continued, "And expecting a baby, can I say that?" Clayton firmly shook his head and Bono said "Ok, can't say that" while waving his arm in the air.

The couple married in a registry office in Dublin in 2013, holding a second ceremony days later on the French Riviera at the 14th-century château in Mandelieu-la-Napoule near Cannes.

Have you taken our U2 Quiz - check it out here! 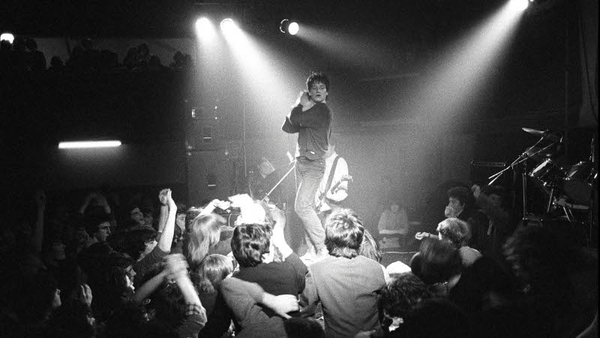