Katy Perry and Niall Horan have made an Instagram video in which they poke fun at claims he wants to be her boyfriend.

Last week it was rumoured that Katy Perry had said Niall Horan was looking for her phone number.

In the same interview on Australian television the One Direction singer said that he just wanted to be friends.

But the pair have now taken their light-hearted banter to the next level in a video on Katy Perry's Instagram Story.

Captioned "@niallhoran stage 5 clinger", the footage shows both stars saying "Hi", while facing the camera as they meet backstage at The Voice Australia.

"Nice to see you. You're following me," quipped Perry.

On Thursday, Niall Horan laughed off claims that he is always trying to flirt with Katy Perry and says she is just trying to find "any excuse" to patronise him. 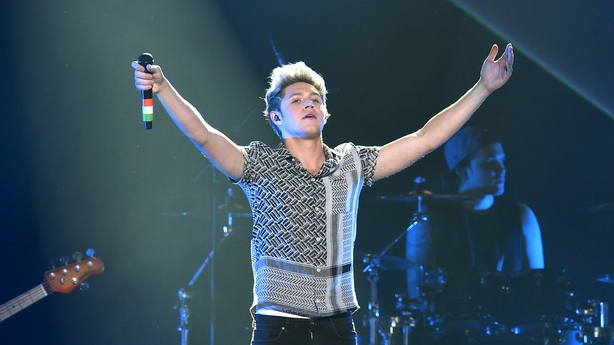 In a recent radio interview 32-year-old Perry revealed the 23-year-old former One Direction singer is always trying to make a move on her but insisted she isn't interested in him due to their nine year age gap.

''I see him around all the time, he's always trying to like get my number to like maybe flirt with me but I'm like 'I could babysit you I'm like your mum!," Perry told Nova FM's Fitzy and Wippa.

During an interview with Australian show The Project on Thursday, the Mullingar man was questioned about Perry's comments, and the 1D star was adamant that he just wants to be her friend.

"Katy, please stop being mean to me," Horan laughed.