Niall Horan has laughed off claims that he is always trying to flirt with Katy Perry and says she is just trying to find "any excuse" to patronise him.

In a recent radio interview 32-year-old Perry revealed the 23-year-old former One Direction singer is always trying to make a move on her but insisted she isn't interested in him due to their nine year age gap.

''I see him around all the time, he's always trying to like get my number to like maybe flirt with me but I'm like 'I could babysit you I'm like your mum!," Perry told Nova FM's Fitzy and Wippa.

During an interview with Australian show The Project on Thursday, the Mullingar man was questioned about Perry's comments, and the 1D star was adamant that he just wants to be her friend.

"Katy, please stop being mean to me," Horan laughed.

"She's just finding any excuse now to patronise me and go around spreading rumours about me. I just want to be your friend."

He continued later in the interview, "I mean, she's talking like she's about 55 years older than me, she's not that much older than me!".

The two singers met when Perry was part of The X Factor judging panel that discovered One Direction. 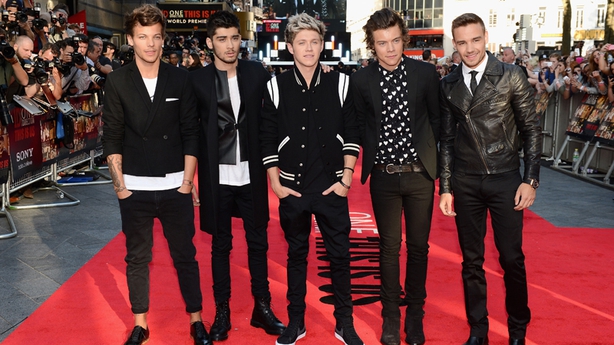 The Slow Hands hitmaker and his fellow bandmates - Harry Styles, Louis Tomlinson, and Liam Payne - have been on hiatus since late 2015, and Horan doesn't envision a reunion taking place in the near future.

Horan broke the hearts of Directioners in a recent interview where he said it would "be a bit weird" to team up with any of the guys anytime soon.