Una Healy has revealed that she had postnatal depression after welcoming her second child two years ago and is encouraging new mums to talk about their feelings.

The Irish singer and Saturdays star has five-year-old daughter Aoife and two-year-old son Tadhg with husband Ben Foden and she has opened up about the experience.

She said she was diagnosed with the postnatal depression after giving birth to her son two years ago.

She said "When I had Tadgh, I had a touch of PND, something I didn't experience when Aoife was born.

"It was a lonely time and I wasn't helping the situation. I was moving to a new house, Ben had suffered an injury at work and I also jumped back into work quicker than I did when I had Aoife.

"I thought I would be fine, and could do it all because I'd had a child before."

The 35-year-old singer added: "I had the support of my own mum and all my family, but I was putting so much pressure on myself to be a good mum, and started to feel alone and withdrawn.

"All this added up, and finally I went to my GP who diagnosed post-natal depression. I was offered medication but having tried both, preferred the cognitive therapy route.

"Talking, whether to my GP or to friends and other new mums, was so helpful for me."

The Tipperary-born star has teamed up with Tommy's, a UK charity that funds research into miscarriage, stillbirth and premature birth, and the organisation Water Babies to raise awareness of postnatal depression.

Healy said: "As mums, it's important we speak up more about how we're feeling. This is why going to Water Babies was so helpful for me. Not only is it a vital life skill for children, but it gave me the opportunity to speak to other mums who were all going through the same issues I was.

"Feeling sad, lonely or isolated shouldn't be a taboo, it's a normal part of being a new mum." 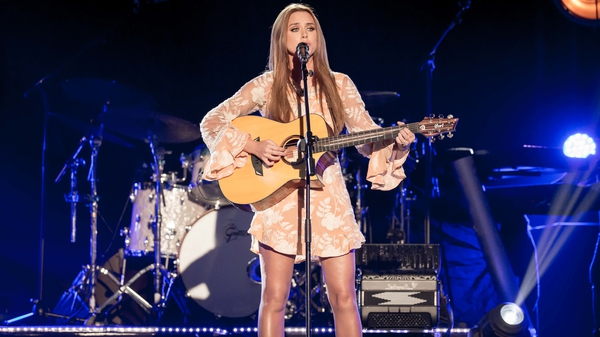