The Who's Pete Townsend and Roger Daltry, Nile Rodgers, One Direction singers Louis Tomlinson and Liam Payne, James Arthur, Jessie J, Emili Sande, Paloma Faith, Leona Lewia and Stormzy also feature on the track, which sees a mix of genres and generations coming together to support those affected by the tragic fire in the Grenfell Tower block in London last week.

The long list of stars contributed to the single alongside a choir of people from the local area.

The video also includes footage of a number of firefighters in tears as they left the building and distraught members of the public wearing t-shirts with the logo Missing.

The charity single shot straight to number one in the iTunes charts and in 14 countries worldwide, just hours after it was released.

My thoughts go out to all of those affect by the Grenfell tower fire. Please donate what you can 🙏🏼 https://t.co/NoY66VkdKu pic.twitter.com/EucyFr1FMB

Donations can be made to the London Community Foundation via the artistsforgrenfell.com website, which also has a link to the single's iTunes page, where it is now available to buy for €1.29.

Thank you to everyone for their help and support in making this happen.

On the site, Cowell penned a message that reads, "Following the tragic fire at Grenfell Tower in West London, the record industry came together to record a single for the victims of the disaster. Over 50 artists gave their time and support to make this happen. The song is Bridge Over Troubled Water.

"This website has been built to create a donation page which, together with the money raised by the record, will hopefully encourage people to donate whatever they can to help those who have been affected by this terrible event. All donations made here will be used by The London Community Foundation to help those in need." 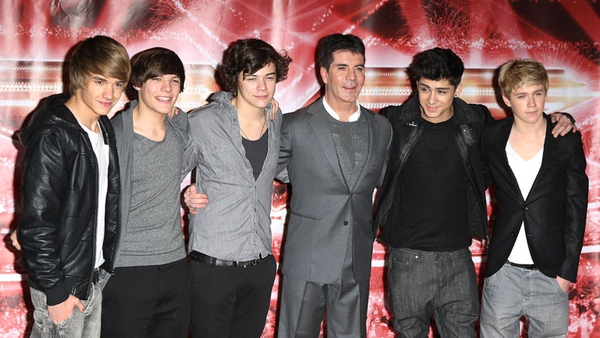