RTÉ broadcaster Joe Duffy has said he is "deeply honoured" to receive the Lord Mayor's Award for his contribution to Irish society.

The radio star received the award at a ceremony on Wednesday night at the Mansion House, Dublin.

Speaking at the presentation, Duffy said: "I'm deeply honoured for myself, RTÉ and the Liveline listeners to receive this award.

"It's a great honour. My mother and father are both from the city centre of Dublin and, growing up, I had no relatives outside of Dublin so I think I have all the credentials of being a true-blue Dub."

Lord Mayor of Dublin, Cllr Brendan Carr, said: "The Lord Mayor's Awards are all about saying 'thank you', not only on my own behalf, but on behalf of all the people of Dublin, to citizens who, through their ordinary, everyday lives, enrich this city in an extraordinary way."

Paralympian Ellen Keane, the Dublin GAA County Board and the Workers of Dublin were also honoured.

Duffy is best-known for presenting Liveline on RTÉ Radio 1 with almost 400,000 listeners tuning in daily to 'Talk to Joe'.

His TV show Liveline Callback can currently be seen on RTÉ One on Thursdays and recently featured a story about Bono's pet peahen.

Speaking to RTÉ Entertainment, about the bird Duffy said: "People rang in from Dalkey one day. They were being awoken in the night by this exotic creature that was moving from garden to garden and making this unmerciful noise. 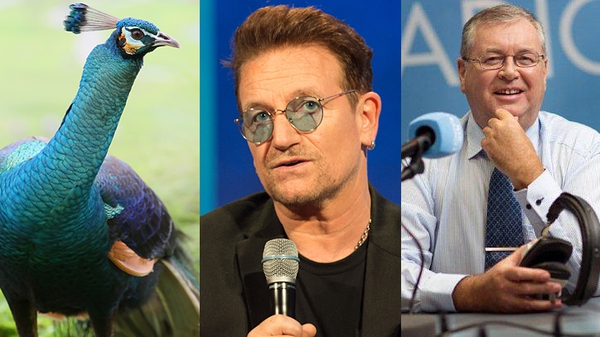