The Miss Sloane star and her Italian beau said "I do" in the northern Italian city of Treviso, near Venice, at the Passi de Preposulo family estate, Villa Tiepolo Passi.

As well as family and friends, Chastain’s co-stars, Emily Blunt and Anne Hathaway were in attendance. Hathaway and Chastain starred in Interstellar together, while Blunt appeared in The Huntsman: Winter’s War with the Golden Globe-winning actress.

Chastain looked stunning in a strapless white wedding gown which featured a fitted bodice, lace detailing and a drop waist.

She wore her hair pulled back simply, with a tiered veil over her bun.

"The wedding was stunning," a source told E! News. "Jessica's dress was perfect and you could tell she was very nervous walking down the aisle. The food was delicious."

The source added that many of the groom's family members attended, as he has a "huge family," while most of Chastain's guests were close friends.

Chastain, who is a two-time Oscar nominee, first met Passi de Preposulo in 2012 while he was working as Director of Public Relations for Armani.

She rarely speaks about her Italian love, but the actress did mention him during an interview with Mario Lopez on the red carpet before the Oscars in 2013, revealing that she was "very, very happy," with Passi de Preposulo.

She added: "It’s a wonderful thing when a career does so well and your personal life goes so well." 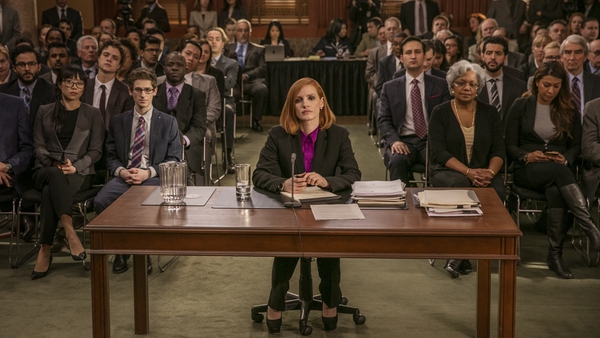