Chris O'Dowd is keeping his Irish accent for Get Shorty, the new TV series based on the bestselling Elmore Leonard book of the same name.

The first trailer for the 10-part comedy-thriller has just been released, and Roscommon man O'Dowd is flying the flag as he delivers the one-liners in his role as Las Vegas mob heavy Miles Daly.

Desperate for a new career, Daly tries to become a film producer by laundering money into a movie.

However, his bid to change his ways only sees his mob employers joining him in Hollywood.

Everybody Loves Raymond star Ray Romano plays Rick Moreweather, a down-on-his-luck film producer who becomes Miles' partner as they try to get the cameras rolling.

Get Shorty was previously made into a 1995 movie starring John Travolta and Gene Hackman. In the film, Travolta played mobster-turned-Hollywood hopeful Chili Palmer with Hackman playing producer Harry Zimm.

The new TV version of Get Shorty will premiere on US cable network EPIX on Sunday August 13.

On the big screen, O'Dowd has a number of movies in the works including Vincent Van Gogh biopic Loving Vincent and the sci-fi thriller Cloverfield Movie.

Also on the way for O'Dowd is Molly's Game, the directorial debut of The West Wing creator Aaron Sorkin. It stars Jessica Chastain and is based on the true story of a former skier whose underground poker games attract the interest of the FBI. 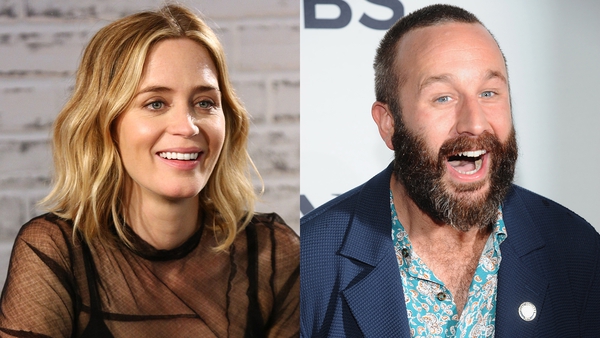