The Irish delegation have definitely brought the craic to Kyiv with Brendan Murray serenading some of the other Eurovision competitors with an epic cover of Britney Spears' hit song . . . Baby One More Time.

The 20-year old Tuam native was joined by singers and crew from Serbia, Malta, Croatia, Switzerland and Bulgaria, who are all taking part in the second semi-final this Thursday.

With the pressure off before Tuesday night's first semi, they all gathered for a good old fashioned sing-song in downtown Kyiv. 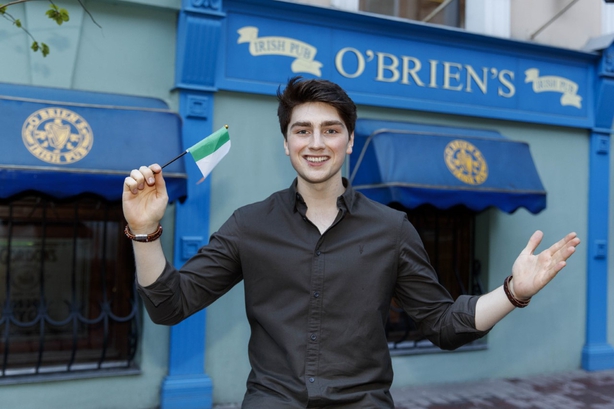 Brendan proved that he doesn't need a massive LED screen or elaborate staging to keep the crowd entertained and launched into an acoustic version of Dying To Try, the ballad he will be performing on Thursday night.

His unique voice and emotional rendition so impressed the Serbian singer, Tijana Bogicevic, that she was even reduced to tears!

Here's hoping that the international juries feel the same way when they cast their votes, which are worth 50%, on Wednesday. 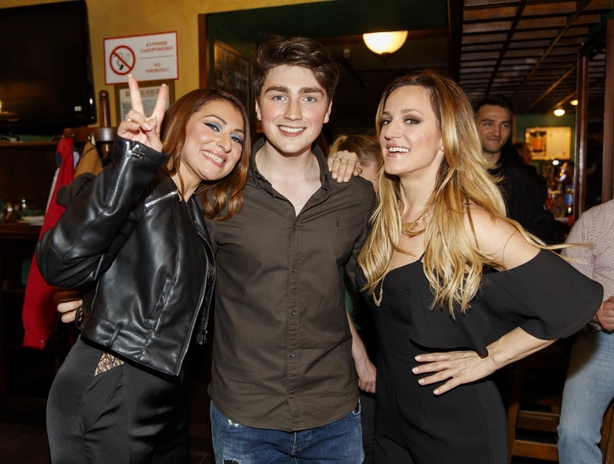 However, it was Brendan's acoustic version of . . . Baby One More Time with the help of his backing singers that really brought the house down. Check it out here:

Oh Baby, Baby! @brendan_m96 channels his inner Britney with panache for the other contestants in Kyiv #ESC2017 pic.twitter.com/PdEw0nVJm1

The first semi took place on Tuesday as eighteen countries battled it out for the coveted ten spots in Saturday's Grand Final.

Many of the favourites qualified including Sweden, Armenia, Moldova and Portugal, however there was disappointment for Montengro's Slavko Kalezić, one of the more outrageous and fun acts in the competition this year.

The second Eurovision Song Contest Semi-Final is on RTÉ2 at 8.00pm on Thursday, with the Grand Final on RTÉ One at 8pm on Saturday.