It's hard to believe that seven years ago today, Gerry Ryan passed away. While he is gone from the airwaves, he is certainly not forgotten as his fans and friends have been paying tribute to the broadcasting great to mark his anniversary.

The RTÉ 2fm legend, who hosted The Gerry Ryan Show every weekday morning from 1988 and also presented Ryan Confidential on RTÉ One, died suddenly at his apartment on Dublin's Leeson Street in April 2010, aged just 53. 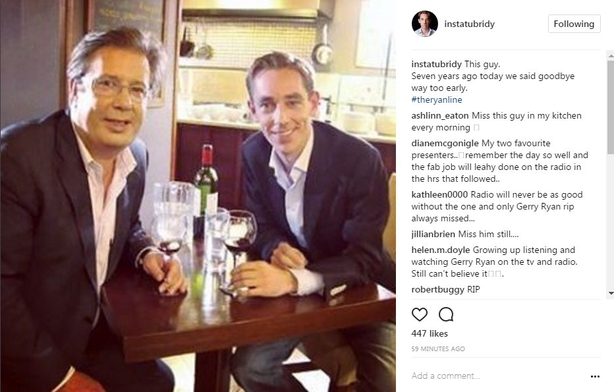 Good friend and colleague Ryan Tubridy took to Instagram to pay tribute to the star, posting a picture of the pair sharing a bottle of wine and what we can only imagine was the most mischievous of chats - oh to be a fly on that wall.

Dempsey also reckons his late friend would have had great fun with Snapchat and US President Donald Trump.

So hard to believe that 7 yrs have gone by since we lost this wonderful man. RIP big guy! #gerryryan pic.twitter.com/MfntYrAGp0

You'd have to think that Gerry would be revelling in Trump, Brexit, SnapChat, McGregor and Ireland #7Years pic.twitter.com/IgFo6rpsc0 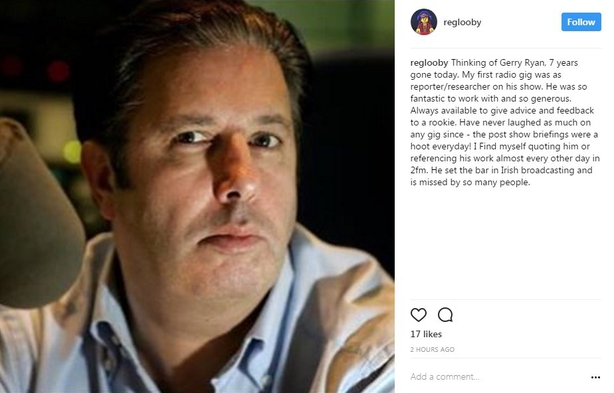 Fans also took to social media to pay tribute, with many of them thanking Ryan for making a huge impact on their lives.

Thinking of the brilliant Gerry Ryan on his 7th anniversary - never met him but felt like I knew him. #gerryryan

In 2014, a bronze tile in memory of the late broadcaster was laid outside the RTÉ Radio Centre.