A bronze tile in memory of the late broadcaster Gerry Ryan has been laid outside the RTÉ Radio Centre.

The Ryan family were present at the unveiling on Thursday evening, October 2, and were involved in the selection and design of the memorial.

The memorial was created by artist Patrick O'Reilly, a personal friend of Gerry and the Ryan family.

At the request of the family, the unveiling of the tribute was kept private and low key.

Gerry Ryan was, and still is, very much a big part of RTÉ Radio, and it was felt that the bronze tile is a fitting way for his colleagues to remember him each day on their way to and from work.

He joined RTÉ as a DJ in 1979 and brought The Gerry Ryan Show to RTÉ Radio in March 1988. The show went from strength to strength over the years and was ground-breaking Irish radio.

At 11am on Friday morning, October 3, the RTÉ Radio staff gathered in the area outside the Radio Centre, where the tribute has been laid, to say a few words and mark the occasion. 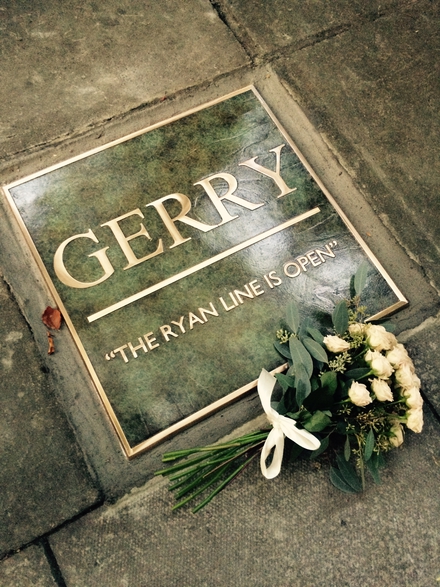