Coronation Street star Jane Danson has revealed that she was so overwhelmed by fame after joining the soap that she barely left her house for a year.

The actress is marking 20 years playing Leanne Battersby, but admits that when she joined the well-loved soap as an 18-year-old, she found it hard to adjust to life in the spotlight.

Danson told the Daily Mirror: "It's really weird thinking it's been 20 years, my contract was initially for three months - I never expected the Battersbys to be so big.

"In fact, a Teletext poll when we joined said 97% of viewers wanted Corrie to get rid of us."

Speaking about the attention starring in such a popular show brings Danson said: "I couldn't cope with it - I had this amazing job, and by 19 had my own little house, but I just sat inside.

"I'd be scared of someone throwing a drink in my face. Coping with the attention- was terrifying.

"So I just sort of stayed at home, ate biscuits and put on a stone.

"It was good in one sense - you are young and earning money, there are parties, drink and other things, so my relationship with my barrel of biscuits was pretty okay."

Danson added: "If I am brutally honest, I still don't like being centre of attention, I just see myself as a normal person.

"I only joined Twitter as someone else was pretending to be me."

Leanne's recent storyline has seen her give birth to a baby fathered by Steve McDonald (Simon Gregson), whose wife Michelle (Kym Marsh) had a late miscarriage around the same time.

In real life, Marsh had a stillborn son, Archie, seven years ago, Gregson and his wife have had 11 miscarriages and Danson miscarried two years ago, making it a tough storyline to film.

Danson said: "When we first started, it was still really raw for me."

Saying she now feels "at peace with it" she added: "I get to hug these most beautiful babies. I love babies. They make me broody.

Coronation Street continues on Monday on TV3 at 7.30pm. 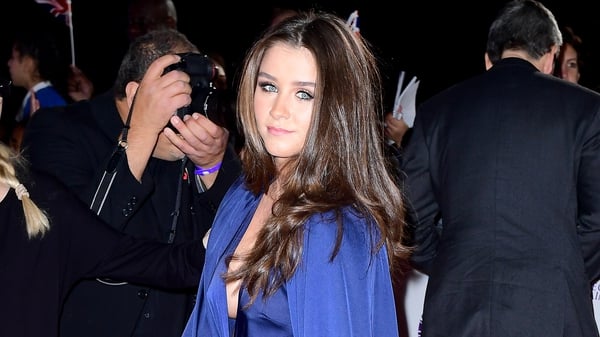