At last a teaser trailer has been released for the eagerly anticipated EastEnders spin-off, Redwater, and it looks mean, moody and mysterious.

It's been flagged as 'very different' to the much-loved soap and if this first glimpse is anything to go by that description certainly rings true.

Redwater tells the story of what happens when EastEnders' stalwarts Kat (Jessie Wallace) and Alfie Moon (Shane Richie) visit the Kellys and Dolans in the fictional Irish village of Redwater in search of Kat's long-lost son.

They may have a bit of a task ahead of them though as the locals don't seem particularly cheery, uttering warnings like, "If you lie your whole life, you cannot escape."

Shane Richie recently described Redwater to the Ray D'Arcy Show on RTÉ Radio 1 as 'Broadchurch with a bit of [The] Wicker Man thrown in for good measure" and the trailer is definitely giving-off those vibes. Familiar faces - including Angeline Ball, Fionnula Flanagan and Ian McElhinney – bandy together to keep a mysterious secret buried.

Richie also told D'Arcy that there is barely a reference to their life in Albert Square and that once the Moons arrive in Redwater he is the only person who calls his wife Kat.

"Everyone else calls her Kathleen. And the only reference I make to the history of Kat and Alfie is when we go into a bar and Stanley Townsend, the wonderful actor who plays the pub landlord, says, 'Alfie, do you know your way 'round the pub?' And I give Kat a look and I go, 'Yeah, kind of'."

The 6-part series was filmed in Dunmore East, Co Waterford and Co Wicklow over five months last year and by the looks of it, will not be a repeat of the show's 1997 visit to Ireland when EastEnders came under fire for portraying Irish people as, "dirty, rude, and drunks".

The episodes, which involved the Fowler and Beale family travelling from London to Ireland to meet their long-lost relatives, received complaints from angry Irish viewers for negative stereotyping.

Redwater starts on RTÉ One on Sunday, May 14 - set your reminders now! 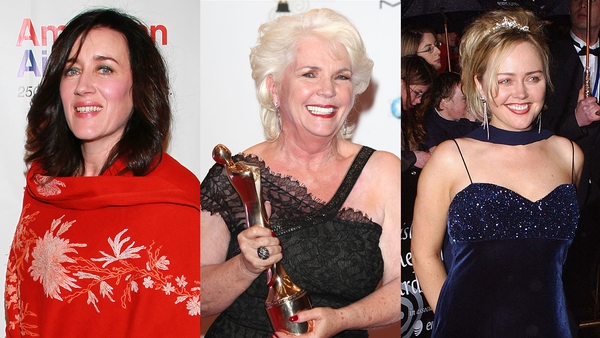