Sherlock star Andrew Scott is among the guests on this week's Late Late Show and he'll be talking about his new Irish movie Handsome Devil which went on release last week.

Scott will be joined by the film's director John Butler to discuss the critically-acclaimed film which looks at the relationship between two very different teenage boys who are forced to co-exist in a rugby mad school in Dublin. 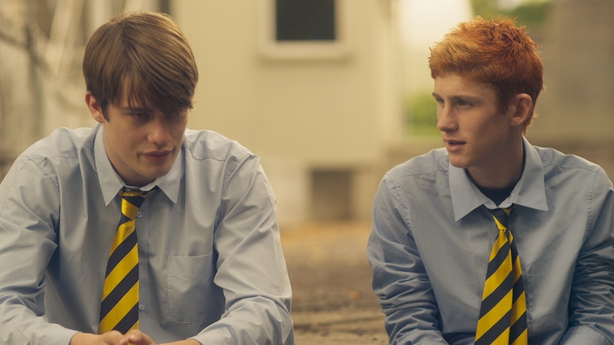 Currently wowing audiences on the London stage with Hamlet, Scott will be filling viewers in on his roles as Moriarty in Sherlock and Max Denbeigh in the last James Bond movie, Spectre.

Also on this week's Late Late, Brendan Murray, Ireland's representative at this year's Eurovision Song Contest, takes to the stage to perform his ballad Dying to Try as he prepares to jet off to Kiev in Ukraine for the semi finals next week.

Comedian Katherine Lynch will also be taking to the couch to tell Tubs about her life-changing year which saw her take part in Dancing With The Stars and Celebrity Operation Transformation.

To mark the Irish Film Institute's restoration of vintage Irish advertisements, Barry Devlin from Horslips, who was once an advertisement executive, will be guiding viewers through some of the more iconic ads from the collection.

Also on the show there will be an interview with journalists Owen Conlon and Stephen Breen about the Kinahan clan, and following last week's latest citizenship ceremony, some of the new Irish citizens will be in studio telling their stories about coming to Ireland and their decisions to stay.