Queen + Adam Lambert have announced that they will kick off their European tour at Dublin's 3Arena in November.

Brian May, Roger Taylor and American Idol runner-up Lambert have promised a few surprises on their European jaunt, along with a new state-of-the-art stage show from a creative team that has worked with U2, the Rolling Stones and the 2008 and 2012 Olympics.

The tour begins in Dublin on November 25 - one day after the 26th anniversary of the death of original Queen singer Freddie Mercury, who passed away from AIDS-related complications in November 1991. Following their Dublin show, Queen and Lambert will play Belfast's SSE Arena on November 26.

"We're planning on doing stuff we either haven't done before or haven't done for a long time," said drummer Taylor. "We started as an albums band - that's what we were. The fact that we had hits was just a by-product."

"What people should know if they came to the shows a couple of years back, is, obviously, we will still be playing the big hit songs you know and love from Queen, but we thought it would be good to challenge ourselves a bit," added former Glee star Lambert.

Queen + Adam Lambert first teamed up for the American Idol final in May 2009 and have now racked up over 90 shows together around the world. 2017 marks the 40th anniversary of the release of Queen's biggest selling album, News of the World, which featured air guitar classics We Will Rock You and We are the Champions.

Queen's concerts at the RDS in 1984 and Slane in 1986 have become the stuff of Irish rock legend.

They last played Dublin with former Free and Bad Company singer Paul Rodgers at the Point in May 2005.

Tickets for their show at the 3Arena on Saturday November 25 and Belfast's SSE Arena on November 26 go on general sale on Friday April 21 from usual outlets with pre-sales from Wednesday April 21 at 9am. 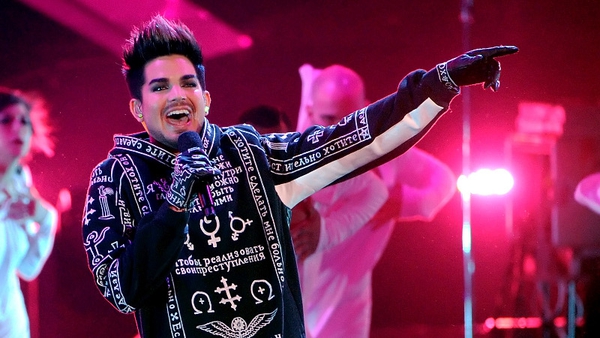