Great British Bake Off fans have reacted with humour, horror and everything in between to the first official photo of the show's new judge and presenter line-up.

Judge Paul Hollywood has stayed with the hit show for its move from the BBC to new home Channel 4, where he will be joined by veteran TV cook Prue Leith.

Good things come to those who bake.
The Great British Bake Off. Coming soon to Channel 4. #GBBO pic.twitter.com/TjzpcfxrSx

Qi presenter Sandi Toksvig and The Mighty Boosh's Noel Fielding are taking over as hosts from Mel Giedroyc and Sue Perkins who, like former judge Mary Berry, chose to stay with the BBC.

The new line-up's first series together is due to air on Channel 4 in the coming months, when viewers will find out if the quartet really can have their cake and eat it.

Fans - currant (sic) and former - of the show have certainly been on a roll since the photo was released.

Having seen this being advertised as coming soon on Channel 4, the apocalypse better hurry up. #GBBO pic.twitter.com/3MhETBECAg

Me when I saw the new #GBBO team pic.twitter.com/zPekcaZaom

Give them a chance, they might be quite good #GBBO

when you see something in a recipe book vs when you try and bake it yourself #GBBO pic.twitter.com/6xX7vataS3

Can't believe ABBA are the new hosts of Bake Off. #GBBO pic.twitter.com/YMB3iqagZL

Can't believe I'm saying this but I think it's a brilliant line up and will actually work in its own Channel 4 kind of way #GBBO pic.twitter.com/sJfC8kJj6i

Suddenly 2015 seems such an innocent time before the #gbbo breakup, before Trump and before Brexit. Ahh those were the days my friends 😰 pic.twitter.com/TtjSQ5MxZ4

I'm really excited to see where they take it! I think @noelfielding11 & @sanditoksvig are both fab entertainers. Firmly in the🖒camp! #GBBO 🍰 https://t.co/GXgnIaQGGf

Hey @BritishBakeOff, I took the liberty of fixing that photo for you... #GBBO. pic.twitter.com/VSJYTtRPMJ

Good to see real comedians in the line up. I'll only miss MB #GBBO

When Dad introduces you to his other family... #GBBO pic.twitter.com/vaB0WSXFY5

When she was confirmed as new judge last month, Leith said the "real stars of the show" are the amateur bakers.

The former Great British Menu star had previously told the Press Association that she didn't "want to do a Chris Evans", referencing the ex-Top Gear presenter's unpopularity on the rebooted motoring show following the departure of the original presenters.

Her colleague Hollywood said he "could not be more delighted" about the show's newcomers.

"Prue is a hugely respected culinary legend and Sandi and Noel are warm and utterly hilarious," continued Hollywood. "I cannot wait to get back in the tent with the bakers."

The Great British Bake Off moved from the BBC after it was sold by Love Productions last year following a highly successful seven-series run. The BBC said it could not afford to keep the hit programme after Channel 4 signed a three-year agreement with Love Productions. 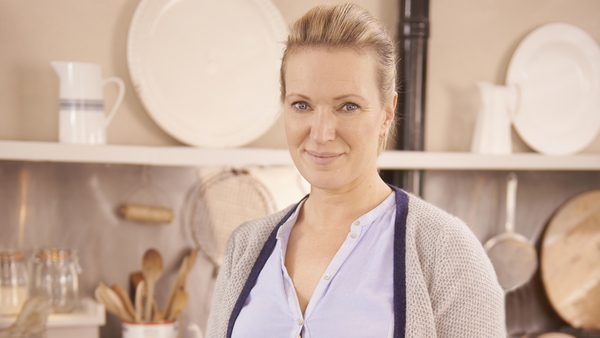 Is Rachel Allen heading to Great British Bake Off?