It is reported that Danny Dyer is back filming EastEnders, with his return to the BBC soap described as a "killer" storyline.

Dyer, who has played pub landlord Mick Carter since 2013, took a break from the show in February amid reports of exhaustion.

At the time, the BBC dismissed reports that he had been told to take time off after clashing with cast and crew. They said the claims had "absolutely no truth" and described Dyer as "always a consummate professional".

The 39-year-old was on the Albert Square set again this week, with a source telling the Daily Star that he will be "back in the thick of it" on screens from June in an "amazing" return storyline.

"He picked up his scripts for filming a couple of weeks back," said the source.

"The scenes are classic soap, full of emotion and drama"

Dyer's character Mick left Albert Square when he received news that his daughter Nancy had been hit by a car in Bulgaria.

The star's current EastEnders contract is due to end in October and he has previously hinted he may leave Walford before the year is out.

"Four years is a long time. It's been really rewarding, but there's other stuff out there," he told The Sun on Sunday earlier this year.

"I'd love to show other sides to me, I loved theatre and all that."

Prior to EastEnders, Dyer was best known for appearing in British films Mean Machine and The Football Factory, as well as fronting his own TV series, Danny Dyer's Deadliest Men.

The actor, known for his hard-man roles, recently made headlines when he discovered William the Conqueror, Edward III and Thomas Cromwell were among his ancestors in an episode of the BBC's Who Do You Think You Are?.

EastEnders airs weeknights (except Wednesdays) on BBC One and RTÉ One 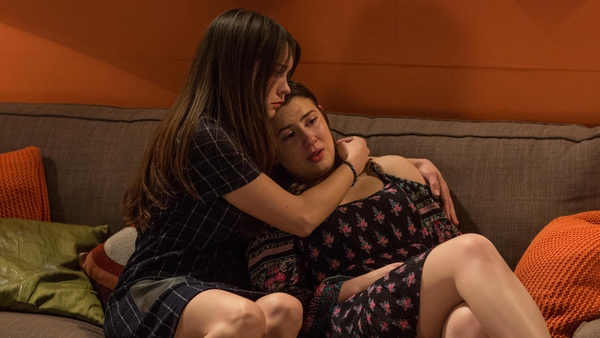