It is reported that Coronation Street star William Roache is the only actor on the soap who knows who pushed his character, Ken Barlow, down the stairs in the show's latest whodunit.

While Weatherfield villain Pat Phelan, played by Connor McIntyre, was arrested after police discovered that there is bad blood between himself and Ken, British tabloid the Mirror says that Roache is the only cast member who knows if Phelan is guilty.

"Bill has just had another batch of scripts sent to him, so he now has worked out who it is," a show source told the paper.

"For now Bill is keeping his lips sealed about who is the guilty party.

"It is the source of lots of conversation backstage at the moment."

The source also said that many of Corrie's stars have asked for the information to be kept under wraps so as not to affect their performances.

The soap's Twitter account has also suggested that family members Adam, Peter and Tracy, Daniel Osbourne and Sinead Tinker could be Ken's attacker.

Can you uncover who attacked Ken?

Go to https://t.co/GjZiYsS1b3 examine the evidence and help DS MacKinnon with her investigation! #Corrie pic.twitter.com/0QCXxk2Xp7

Click here for a preview of next week on Coronation Street. 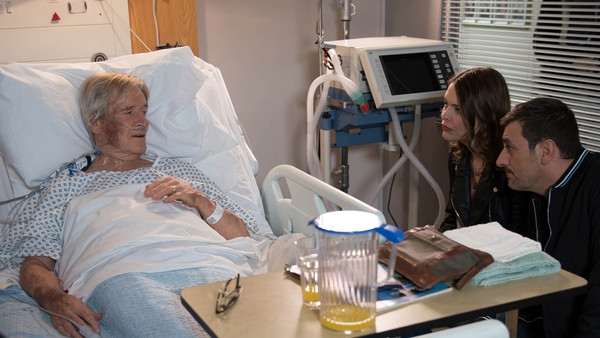