Will Smith has reunited with his castmates from The Fresh Prince Of Bel-Air more than 20 years after the show went off air.

The Hollywood star joined his co-stars from the much-love '90s TV comedy as they posed for a photograph, which was shared on social media by Alfonso Ribeiro, who played Carlton.

Smith - who played a fictionalised version of himself on the show - was joined by Alfonso, Tatyana Ali (who played Ashley), Karyn Parsons (Hilary), Daphne Maxwell Reid (Vivian) and Joseph Marcell (butler Geoffrey).

James Avery, who starred as Uncle Phil, died in 2013 after complications from heart surgery.

In the Instagram post, Ribeiro wrote: "Always amazing to spend an afternoon with my Fresh Prince family.

"Wishing that James Avery was still with us to make this complete."

The Fresh Prince Of Bel-Air ran for six series from 1990 to 1996. Smith went on to become one of Hollywood's most successful actors after starring in a plethora of blockbusters including Independence Day, Men In Black and Ali. 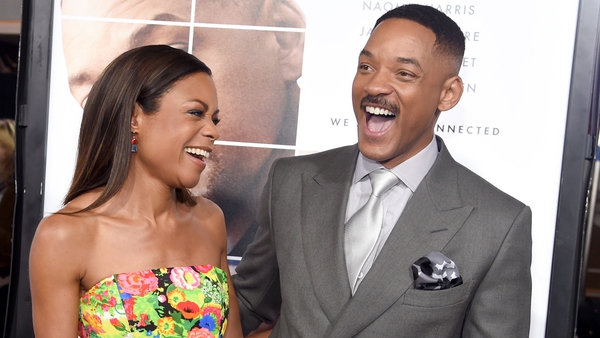 Naomie Harris reveals "words of wisdom" from Will Smith Entertainment