Dancing with the Stars runner-ups Denise McCormack and Ryan McShane reckon winner Aidan O'Mahony "deserved to win" as he is a "great ambassador" for the show.

Speaking to RTÉ Entertainment after Aidan O'Mahony picked up the Glitterball Trophy, Dancing with the Stars finalists Denise McCormack and Ryan McShane hid any feelings of disappointment and praised the GAA star for his "good will and grace".

McShane said: "Aidan is a great ambassador for the show. He's a GAA player. There are a lot of young boys who can look up to him.

The fact that a man can come and win this show and to do it with such grace and such good will - how he spoke about everyone else just shows exactly how good of a winner he is."

McCormack added: "He deserves it, he's amazing. He is such a lovely man."

O'Mahony and his professional partner, Valeria Milova, where up against strong competition in the form of Red Rock's McCormack and McShane and from former Fair City star Aoibhín Garrihy and her partner Vitali Kozmin.

Both women were technically better dancers throughout the competition and had received higher overall scores from the judges in the final.

But it was only viewers' votes that counted on the night - and once again the Irish public's age-old love of the underdog saw O'Mahony win the Dancing with the Stars trophy to add to his five All-Irelands.

Reacting as his win was announced live on RTÉ One, an emotional O'Mahony described himself as "speechless".

"Look, thanks to the public for voting," he continued. "Nobody's losing here tonight. These guys, these guys here, are amazing."

If you missed the Dancing with the Stars grand finale, you can check it out on the RTÉ Player here 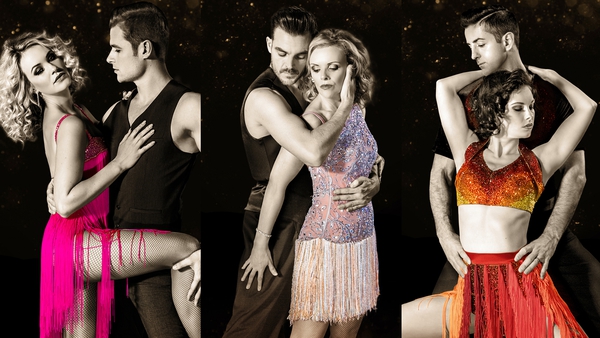 Recap: Dancing with the Stars Final