Adele got a pleasant surprise when one of her fans proposed to his boyfriend on stage at the Etihad Stadium on the last leg of her Australian tour.

The superstar invited Chris, 37, to join her on stage after she saw him burst into tears when she walked past him during her opening song Hello.

Chris and his partner Wade joined the singing sensation onstage, when Wade took Adele and the 77,000-strong audience by surprise by going down on one knee and proposing to Chris.

Chris said yes and the crowd erupted into cheers, with Adele throwing her arms into the air in joy.

Adele asked him: "Did you say yes?", before giving them both a big hug.

After taking a look at the engagement ring and saying "Oh, that is sharp", Adele offered her congratulations to the couple.

Wade commented to the BBC that the experience was "really incredible" and added that they are "very much in her debt".

Same-sex marriage is not legal in Australia and a proposal for a vote was blocked in parliament last year. However, Wade said they would hold a celebration with friends and family in Australia.

"I think Chris's head is still spinning at the moment." 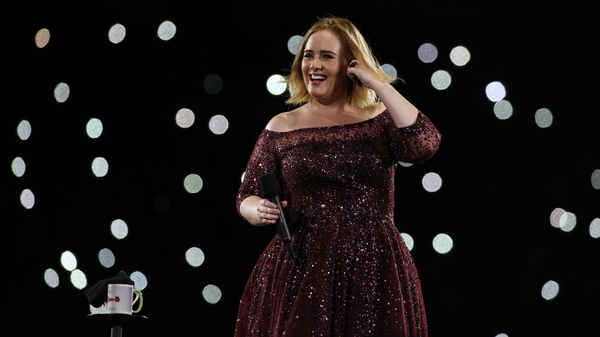 G'day Mrs! Adele confirms she has tied the knot